Make that booty drop
It's already been brought'n: Dance Fights is your chance to show off those secret moves 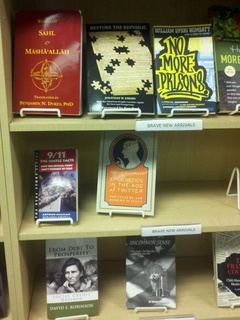 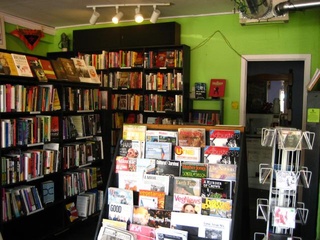 What revolution ever occurred without books? Austin’s counterculture thinkers are an ardent and diverse lot, and our city is shot through with gathering places for all sorts of media that challenge the status quo. Here’s a list of some of our favorite spots where you can experience a wide world of thought with your own eyes and hands.

Collectively owned for 10 years and brimming with radical literature, MonkeyWrench deals in thoughtful provocation by the pound. The space is small but densely packed with volumes both grave and lively, and the on-site cafe serves up vegan treats and $1 cups of fair-trade organic locally roasted brew to help keep your strength up.

Another dot on the radar of Austin’s textual counterculture sits literally underground at the southern tip of the university Drag, specializing in Libertarian philosophy, conspiracy theory and other “suppressed literature.” The space also hosts film screenings and lectures that they don’t want you to see, and carries a well-stocked shelf of vitamin supplements to open your body’s mind, too.

If you prefer your unconventional philosophy more ethereal than material, World Spirit Books might be just your speed. The shelves are stocked with compendiums on astrology, divination, alternative medicine and Age-of-Aquarius spirituality, not to mention the most diverse selection of energy tools and tarot card decks this side of the Crystal Vortex.

BookWoman deals in inspirational thinking and feminist subversion that ranges from academic to revolutionary. The store has been stirring the inner feminine for 30-plus years here in town, and the North Lamar space it occupies today allows owner Susan Post to host readings and other happenings that mesh with the mission.

La Resistencia also boasts a legacy more than three decades strong, including 11 years running at its current location just off Annie Street. Founder and elder statesman Raul R. Salinas has since departed para su gran recompensa, but his shop remains one of the best resources in town for Latin and Native American literature, music, poetry, art and social thought.

This tidy circuit-shaped bookstore and gallery space on the corner of Chavez and San Marcos carries underground ‘zines and arthouse hardbacks of all shapes and sizes. Wall-hung offerings rotate frequently and the stuff on the shelves never fails to arouse the ragged edges of your brainstem. Recent additions to the space include a walk-in curio cabinet and a vegan delicatessen trailer out back.

Whether you’re a novice truth-seeker or a member in good standing of the underground intelligentsia, you’ll find something new to chew on at these stockyards of world-expanding knowledge and information. Check them out when you can, and drop us a line in the comments if we missed one. Viva la clandestinidad!

Mark your calendars for these holiday happenings in Plano
Everything you need to know about attending this beloved Texas balloon festival
Stock up on tacos, pizza, and seafood at these 3 travel-worthy eateries