Rising Up
Surprise, surprise: Guess which city is No. 1 for job seekers?
LATEST NEWS
Dolittle does little to bolster Downey's post-Marvel prospects
Links We Love

Who doesn't love a margarita or 14? instagranph/Instagram 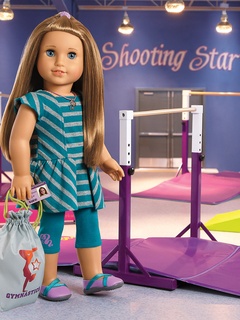 McKenna, the American Girl doll for 2012, just doesn't stack up in value to the classics.  Photo courtesy of American Girl

1. Neil Patrick Harris gets aggressive with the margaritas while in Mexico. As with most everything, NPH is way cooler about it than you. Not me, though. I’m awesome when I’m drunk.

2. Friday Night Tykes on the Esquire Network will reinforce every negative stereotype about Texas football. Some of the coaching might seem excessive, but if the 8- and 9-year-olds don’t learn smashmouth football now, how will they ever start when they’re 11-year-olds?

3. Here are 6 fan ideas so good they were adopted by the creators. Obviously there are some spoilers, but the one regarding how Gwen Stacy and Norman Osborn got together in the Spider-Man comics is some serious dedication. I mean, what are we to believe, that this is some sort of magic xylophone?

4. Satanists unveil design for Oklahoma Capitol monument. The 7-foot-tall, goat-headed Satan sits on a throne with two children beside him. It seems appropriate, because Oklahoma is hell. That’s a burn.

5. American Girl dolls can be freakin’ expensive. I’m going to plead ignorance on this entire subject, but I’m told that these numbers are indeed high and that the new dolls are subpar because they lack historical backgrounds. So, there you go.

Who doesn't love a margarita or 14? instagranph/Instagram