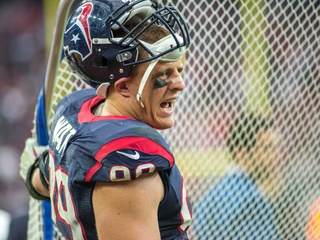 2. National Grammar Day was March 4, so MentalFloss looked at the 11 best uses of bad grammar from The Simpsons. I don't see what the issue is with most of them; they're perfectly cromulent.

3. Honest Game Trailers takes Clash of Clans to task for being a huge waste of time. After more than a year on my phone, the game met a swift deletion the other week, and now there's so much time in my day for all the other games on my phone.

4. A couple of people living in Williamsburg, Brooklyn, are looking to create a Nancy Kerrigan and Tonya Harding 1994 museum in their apartment's hallway. Is it real? Is it all a joke? Either way, hipsters, man.

5. The Arizona Diamondbacks have created a churro hot dog. They're putting a churro inside an éclair and topping it with ice cream and whipped cream and chocolate sauce and you just got diabetes.