Behind The Scenes
A first look at Mettle, East Side bistro coming this summer 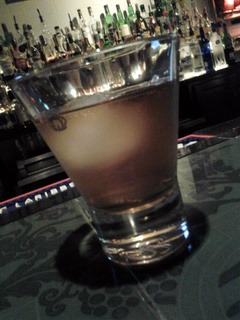 In a move that’s sure to ruffle a few Yankee feathers, Esquire’s 2013 list of the best bars in America eschews New York City in favor of the Midwest and beyond. In addition to Bellocq at the Hotel Modern in New Orleans and Williams & Graham in Denver, three Texas bars got a nod.

Cloak Room in Austin, Dallas’ Windmill Lounge and Esquire Tavern in San Antonio all made the list.

Austin’s Cloak Room is a curious choice. The tiny subterranean closet mostly inhabited by lawmakers fits maybe 25 people at a time if you’re really determined to get in.

That’s not to say that Wondrich is wrong in putting it on his list; it’s just that Midnight Cowboy offers a similar kind of mystery in the heart of Sixth Street. Or a place like Yellow Jacket Social Club would show off Austin’s East Side charm.

Wondrich describes the Cloak Room as a “dark, determinedly unfancy cellar full of booze across the street from the Texas Capitol,” and anyone who has had a Red Rocket there knows that the booze is quite full.

About the Windmill Lounge, author David Wondrich writes, “If a comfortable, friendly dive with a jukebox and serious cocktails doesn’t appeal to you, then you have our profoundest sympathies.” He recommends a cheap Cuba Libre or three.

It’s hard to argue that the Windmill hasn’t earned the accolade. It’s a nice, crusty slice of Dallas where they put together seriously good and cheap cocktails, thanks to Charlie Papaceno. It made CultureMap's list of the 10 best bars in Dallas for those reasons.

The Esquire Tavern seems like a lock for Esquire’s list, right? Especially because a renovation in 2008 brought the place back to life. You’ve got the River Walk, some high end cocktails and a classic aesthetic that was painstakingly re-created by the new owner Chris Hill.

As Wondrich writes, “Despite the scrubbing and the painting and the modernization, the Esquire still feels old — still feels like a place where life has been lived.”

We can dig it. It certainly helps to explain how San Antonio is the most romantic city in America.