A Win Is a Win, Right? 'Horns Will Take It
Longhorns steal win from Iowa State in great Texas game robbery
LATEST NEWS
Glenn Beck slashes price of his Texas mansion to less than $5 million
The Great Texas Beer Adventure 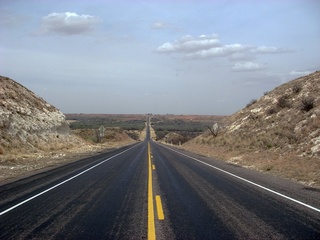 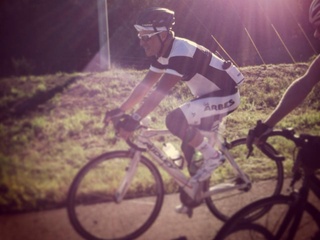 Despite its tricked-out exterior, the Beerliner is still a 1974 school bus behind the wheel. Photo by Jonathan Rienstra

Google Maps officially lists the journey from Austin to Denver as a little more than 900 miles, but the beer-guzzling, road-biking team behind 1400 Miles wanted to take a few pit stops at New Mexico breweries on the way to the Great American Beer Festival.

Of course, it doesn’t hurt that the 1400 Miles crew is bringing along a bus full of Texas craft beer. Dubbed the Beerliner, the 1974 refurbished bus has four beer taps, three video screens and a commercial kitchen.

The two-week, 1,400-mile trip from Austin to Denver raises money for Pints for Prostates.

The idea to travel to the October 10 festival via bike came from Davis Tucker, who owns the Austin brewpub and restaurant North by Northwest. The two-week trip intends to raise awareness and money for Pints for Prostates, which educates men about the importance of prostate cancer testing and prevention and ways to combat the disease.

Adding to the fun is that fact that Tony Drewery (lead singer of Dallas band Shotgun Friday) is driving the Beerliner to keep them company.

During the trip, the Beerliner is stopping in cities between Austin and Denver to share in the good word of Texas craft beers and sampling what the local breweries have to offer.

“I fell in love with that bus the first time I saw it several years ago,” Drewery says. “Davis asked, ‘Do you want to drive this thing?’ and I was like, ‘Uh, hell yeah.’”

Keeping up with the bus and the riders is a film crew shooting a documentary helmed by executive producer Courtney Cobb and director Thomas Kolicko and produced by longtime Austin film and craft-brew pro Debbie Cerda. The crew has previous experience covering craft beer from the documentary Crafting a Nation, which featured Tucker.

Crew members are incorporating their craft beer experience with Kolicko’s background shooting snow sports to create what they hope to be a documentary that pushes the envelope visually.

“We’re shooting on RED Scarlet, and the crew is hanging out of a truck — very safely,” Cobb says.

The documentary crew is currently waiting to see if the film will come out as an episodic release, a feature-length movie or a short film after they finish shooting B-roll in 2014.

“We really want to make it as cinematic as possible,” Cobb says. “We want to get the helicopter shots of the mountains in Colorado and really push it, but we have to first figure out what the story is.”

When the bikers and Beerliner reach Denver, Tucker will be part of a panel called “Beyond the Beer” put on by The Business of Fun, a group devoted to keeping kids out of cubicles. The panel also features the owner of Oskar Blues, Dale Katechis and Amanda Johnson-King of Odell Brewing Company.

For the rest of the festival, the Beerliner will set up on the street around the corner from the Falling Rock Taphouse.

“We are the only state that brings up a bus of its beer,” Drewery says. “It’s a cool opportunity for the breweries and opens people’s eyes that there’s a lot of really good beer in Texas.”