Brian (BK) grew up in the DC metro area watching horror movies, Westerns, and action flicks ad nauseam and to this day his thirst for genre material is insatiable. He quit his job in 2007 and moved to Austin, TX to express his undying love for the Alamo Drafthouse. His favorite director is Brian Trenchard-Smith (all the way from THE MAN FROM HONG KONG to MEGIDDO: THE OMEGA CODE 2 and beyond) and he collects VHS, DVDs, movie posters, and other memorabilia much to the chagrin of his wallet. He enjoys talking and writing about movies and watches them as often as possible. Brian has an unhealthy obsession with (read: sexual attraction to) Asian culture. If he could have one wish it would be that Fantastic Fest was every day of the year (and he didn't have to have a job…and he never got tired…okay, that's 3 but the second 2 are really sub-wishes of the first one). 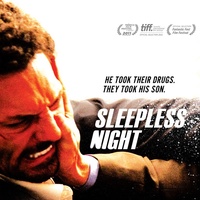