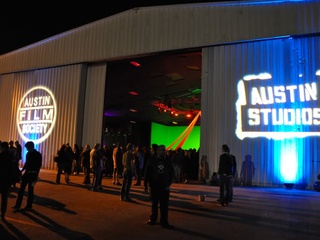 A non-profit film society based in Austin, TX founded in 1985, the Austin Film Society serves as a resource for emerging Texas filmmakers and regularly screens both classic and contemporary films to teach young and old about filmmaking and film art. AFS presents the annual Texas Film Hall of Fame awards and manages a 100,000 square foot film production facility.