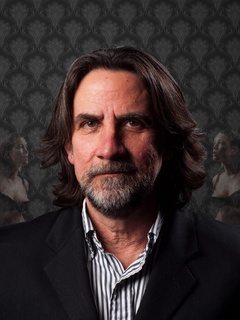 The performances on the Wild Card Night, just like in my old softball league, did not win their individual brackets. These performances were instead chosen by the FronteraFest staff as the ones that got overlooked, the shiny gems that the folks who run the festival thought deserved to be seen again.

As with every night on the Short Fringe, the FronteraFest 2012 Best of the Fest Wild Card Night was an ecclectic collection of random and enjoyable new works.

Opening the evening was A Short Fringe Play by the Heads Up Creative Group. The work, written specifically for the Short Fringe, was filled with meta references and circular absurdity. The play began with a direct address to the audience, who was encouraged to come up onto the stage and explore a museum exhibit which had been created there. The request was unusual, but the whole audience embraced it, and it helped to build a dynamic communal experience that lasted throughout the evening.

Perhaps a seed planted in this Short Fringe festival will grow into grander new work for next year's Long Fringe, or blossom into a fully realized production.

The exhibit itself showed artistic representation of characters we will see in the play that follows. It was an interesting and unique concept, but ultimately the abudance of FronteraFest technical references and the slapped-together style of the production left me feeling there was an inside joke I was missing that brought this particular piece into the evening’s line-up.

The second performance was a sharp contrast to the first and seemed to live in a completely different world. Borealis Dance Company presented choreographer Danielle Ricci’s original dance work Peace is With You, focusing on how woman of Afghanistan are dealing with the terrible menace of war.

Costumed in traditional Afghani dress, the three female dancers evoked pain, suffering, loss and longing in a well-crafted and well rehearsed work. The dance was not always beautiful — at times filled with dissonant movements and broken phrases. The final moment was deeply provocative. I hope that they will find another venue for this work, as the piece has a strong voice and clear heartfelt message.

Mary Jo Pehl’s Nice Ankles followed. The subtitle of this work is ‘A frank discussion about ankles, high profile anonymity, scrapbooking, and a courageous struggle with a debilitating condition.’ That description pretty well sums it up. Pehl, who you may have seen as Dr. Pearl in Mystery Science Theater 3000, delivers an absurd address to the audience, filled with wacky world views and humorous self-deprecations.

What followed was a one man comic poetry performance by Jacob Dodson who hand wrote and individualized each of the programs for his piece, Its Better Than Last Year. Dodson's self-deprecating and sometimes uncomfortably honest work contained a verbal dexterity and wry humor that kept the audience going merrily along with him on this ride.

That is exactly what FrontraFest is all about: a space to take risks, try new work, and do something that has never been done before. The opportunity to try new ideas is a great asset to the city of Austin and to the creative energy of our unique community.

Plagued by failed romances and haunted by his continued virginity, his sexually charged poetic self-expressions showed rather more heart and depth then he originally let on. I'm interested in following Jacob’s poetry, as I imagine his off-center perspective on life’s universal experiences will continue to delight Austin audiences in the years to come.

Other than the final piece, each of the night's performances hit their mark. But that, however, is exactly what FrontraFest is all about: a space to take risks, try new work, and do something that has never been done before. The opportunity to try new ideas is a great asset to the city of Austin and to the creative energy of our unique community.

The works from this evening have come and gone. Perhaps a seed planted in this Short Fringe festival will grow into grander new work for next year's Long Fringe, or blossom into a fully realized production; perhaps the seed will be discarded and plowed under to renew the soil for future creative work.

Whatever the outcome, it’s great to see so many artists taking risks and putting themselves out there in this festival and with that it is great to see a house packed with an audience eager to take the risk with them.