anti bullying theater
Milk Milk Lemonade, round the corner theater is made 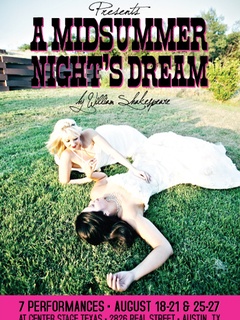 In the opening scene of Shakespeare’s Macbeth, a scary trio of “wild and strangely dressed” witches prophecy the eventual downfall of the King of Scotland. The three women represent impending doom, serving little more purpose than to foreshadow the plot and look downright crazy.

But could these crazy, scary women have more of a story?

The Weird Sisters Women’s Theater Collective founder Susan Gayle Todd believes they should, and in 2004, she set out to give them one.

With the help of 24 female friends, Todd wrote and organized a feminist adaptation of Macbeth starring women in all of the starring roles. Some were actors, some were not, but all agreed that theater would be more fun without the sexism that usually pervades it.

Since that first show, Todd and company have reveled in the opportunity to provide voice to the underdeveloped or disparaged women of Shakespeare’s plays. The women who are written simply as one-dimensional antagonists, voiceless lovers or objects of pity.

“I’m passionate about the vilified and silenced women in these plays,” says Todd, “because I see too much of that in everyday life. The theater is supposed to be a place we can play and reimagine new worlds, I think.”

Creative gender bending is not at all a new concept to ol’ Willy; he’d have a long list of enemies were that the case.

As a student in UT’s Center for Women’s and Gender Studies, Todd combined each of her passions to begin reworking how Shakespeare’s language and creativity could be enjoyed by actors and audiences who would not otherwise get to do so.

Todd conspired with fellow Shakespeare lovers from the close-knit community she found while performing at Shakespeare at Winedale, the popular Central Texas festival that celebrates all things Shakespearean.

It was here that Todd recalls Winedale creator James B. “Doc” Ayers realizing out loud that the women of Midsummer are silent throughout the second act of the play while the menfolk figure out the solutions to everyone’s problems.

Unsatisfied with that reality, these women designed their ideal theater company that critiqued and transformed The Bard’s powerful but often misogynistic plays.  And as the name implies, The Weird Sisters do things a little differently than other theater companies in town.

First off, they reject many of the regular practices of traditional theater companies. All of the individuals involved in each production are women. That’s not to say men aren’t welcome to support the shows, but the performance process is a safe space for women to perform and commune together.

Their next production, opening this week at Central Stage Texas, is A Midsummer Night’s Dream, this time highlighting a pair of lesbian lovers, Hermia and Lysandra, who are seeking wedded union despite a homophobic Republican father (also played by a woman, in this case).

“It’s surprising how easily the text allows this reinterpretation,” says Christa French, who plays Titania in this production. “With a little rearranging and line reassignment, the struggle between the lovers is much more balanced and empowering.”

Some might find it sacrilege to manipulate the Bard’s words like this to achieve a new meaning from the text. But creative gender bending is not at all a new concept to ol’ Willy; he’d have a long list of enemies were that the case.

Just this summer, Vortex Repertory launched a version of King Lear with Jennifer Underwood as the powerful monarch in question. And Former University of Texas Theater and Dance instructor Jill Dolan once produced a drag version of Midsummer with a gender bending cast as well.

Even the Globe Theatre in London, where Shakespeare’s plays met their first audiences, cast Richard III and The Taming of the Shrew with an all-female cast in 2002. After all, it’s a well-known fact that in Shakespeare’s days, it was the fashion to cast his shows entirely with male actors. Why not balance things out a bit?

Besides casting all women in the roles and occasionally changing the original characters to women, other theater practices are reworked with this established feminist theater practice as well.

For example, there is no single director for any Weird Sisters productions. Instead, each of the players in the show provides her input about how a given scene should transpire. Together each scene of a play is agreed upon through egalitarian discussion. It’s a lengthy process, but it seems to work well in action.

“Sure, there are waves of frustration,” says French, “but it helps that everyone can voice their concerns. We may ask for an immediate direction to help provide another perspective or to make better stage pictures or make blocking easier.”

Even more surprising, there is no formal casting process where a cast list is handed down from a single producer. Instead, the women of the company who are interested in participating make their desire known to the group through email. Together, they determine which roles would be most fitting of each cast member’s personality. So far, in nine seasons, no feelings have yet been hurt.

That this organic, time-consuming process continues to flourish is either a lucky, one of a kind miracle or a revolutionary approach that could transform the institution of theater as we know it. Trying to conceive of a theater company without an artistic director to call the shots or a casting team to hold auditions is almost impossible for most folks.

“Some of our actors have had a difficult time not having a director to make the final decision for a scene,” says Todd. “But I think it really is so important to escape hierarchies as much as possible to make this a safe space to create.”

The emphasis on community and equality is cherished above all else. It seems the result is a somewhat homogenous, insular feeling, but not in the ways some might think. Many of the women have acting experience either from high school productions or Winedale, but many would not consider themselves actors—even after six years of performing together.

And despite the expected stereotype a group championing feminism undoubtedly incurs, company member Hollie Baker asserts jokingly that “hardly any company members are man-haters, even less practice witchcraft, and only a few are lesbians.”

In fact, the two women playing Hermia (Leslie Guerrero-Collins) and Lysandra (Baker) are both recent newlyweds (in heterosexual partnerships). When asked what the challenges are of playing defiant female lovers in a play about gay marriage, Baker says: “We want our love to be convincing and real to make a serious statement about something we really believe in for everyone.”

Gay marriage isn’t a new topic in the theater world, but seeing Shakespeare’s characters (human and fairy alike) declaring their love openly and shamelessly helps to imagine a world where the classic and the modern collide in an exciting way.

“A lot of folks are thrown just seeing a stage full of women,” says French. “Seeing women playing men is the next challenge to get past. Like, we know you know it’s a girl; we’re not trying to trick anyone. Once they get past that, they always end up enjoying it.”

With such an emphasis on the collective process, it’s a wonder what the final product of a Weird Sisters performance is like. When asked about which is more important to them, each woman interviewed agrees the show’s the thing. Says Guerrero-Collins: “It’s about being in the moment the night of the show. You can’t beat that rush you get when the audience is watching.”

Clearly, some things about the theater will never really change.