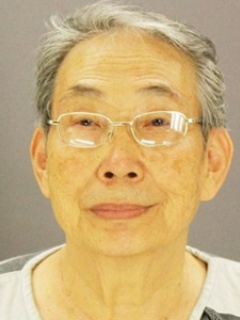 Chung Kim, 76, is accused of killing his neighbors because of dog poop. Photo courtesy of Dallas Sheriff's Office 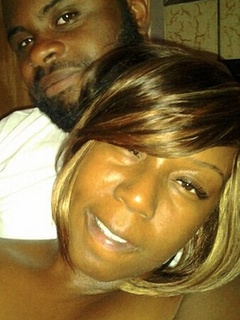 A Dallas County jury has handed down a guilty verdict in the controversial dog-poop double murder case. Chung Kim, a 76-year-old South Korean man, was accused of murdering his neighbors in revenge for six months of dog-poop dumping on his porch.

Michelle Jackson and Jaime Stafford died of gunshot wounds on February 4, 2013, at the Sable Ridge Condominiums in North Dallas. Jackson was shot once; Stafford was shot seven times.

The jury deliberated for three hours before reaching a guilty verdict for capital murder. Kim was automatically sentenced to life in prison without parole.

“I just don't understand. Mr. Kim, why did you murder my daughter?” — Yvonne Hyplite

Jackson's mother, Yvonne Hyplite, gave a victim impact statement after the verdict. “Our lives have been destroyed,” she said. “I just don't understand. Mr. Kim, why did you murder my daughter?”

Hyplite said the death will forever impact their family, especially the five children Jackson left behind. “Her youngest child will never know her parents.”

Before closing arguments began on January 9, the defendant made an unusual request of Judge Jennifer Balido.

“I’d like to request a new trial and to hire new attorneys,” Kim said through a translator. “The Korean government offered to find me a lawyer.”

Balido told Kim that he could request a new trial once this one was finished, and he could hire whatever attorneys he wanted to represent him.

On January 8, Kim declined the opportunity to testify in his own defense, citing his attorney’s advice. But it appeared as though Kim was having second thoughts.

“If I don’t testify, how will the jury know what really happened?” Kim asked the judge, who reminded him that testimony had ended with his decision not to testify.

​“This wasn’t a dispute. This was terrorism. This man was under siege.” — defense attorney Ken Weatherspoon

“Next month I will be turning 77 years old,” Kim said. “Yesterday while taking my shower, I passed out. I just want to let you know that there was no one around to help me, and I don’t have a very long life to live.”

In closing arguments, assistant district attorney Jeff Matovich broke down the idea that Kim acted in self-defense, a theory that was only vaguely addressed in opening arguments.

“There were no claims of self-defense during the trial. There’s nowhere in the law that excuses Mr. Kim’s terrible acts,” Matovich said, adding, “This was not a mistake. This was not an accident.”

Defense attorney Kobby Warren acknowledged the weight of the case. “There are two dead bodies that we are dealing with, and that is tragic,” he said before addressing the dog-poop dispute. “Mr. Kim was not involved in this dispute, because Mr. Kim didn’t do anything,” he said. “Ms. Jackson and Mr. Stafford were terrorizing my client for months.

“Dog poop, repeatedly thrown — not just a pile that’s easily swept up, but liquefied dog feces [poured] on the windows, walls and doors, multiple times. Over and over again, Mr. Kim tried to rectify this in a civil manner.”

Warren pointed out that Kim had no prior issues with the homeowners association. “He’s been there for years, and this couple comes in and in a matter of months, shakes up his world.”

Defense attorney Kenneth Weatherspoon argued that Kim was unwillingly pulled into a confrontation with his neighbors. “Mr. Kim did not bring this fight to them. They brought this fight to Mr. Kim,” he said. “He tried to avoid this confrontation at all costs, and they just kept coming and coming.”

Weatherspoon balked at the idea that Jackson, Stafford and Kim were in a dispute at all. “This wasn’t a dispute. This was terrorism,” he said. “This man was under siege.”

Weatherspoon also addressed the escalation of excrement leading up to the shootings. “They weren’t satisfied with just dog feces; they moved on to soiled baby diapers. … At what point is enough, enough?” he said, adding, “They wanted a confrontation.”

“Michelle Jackson and Jaime Stafford were bad neighbors. What they did is repugnant behavior. But does this absolve Mr. Kim?” Woods asked. “We know exactly why Mr. Kim committed these acts, and it’s sad and it’s horrible, but he has to be held accountable.”

Woods said Kim didn’t have the right to decide “who lives and dies.”

“That’s not how we do things in the state of Texas,” Woods said. “Two young people lost their lives over dog feces. Did they have to die? Was this justified?”

Alternate juror David Kirby, 57, was released before deliberations. Kirby said he, too, would have handed down a guilty verdict for capital murder.

“The state proved without a reasonable doubt that a capital murder offense occurred,” Kirby said, adding that he saw the dog-poop dumping as irrelevant to his decision. “No one has the right to take the life of anyone for any reason.

The jury began deliberations at 10:30 am. They declined to find Kim guilty of a lesser charge of first-degree murder, which carries a sentence of anywhere between five years and 99 years to life in prison.

Chung Kim, 76, is accused of killing his neighbors because of dog poop. Photo courtesy of Dallas Sheriff's Office