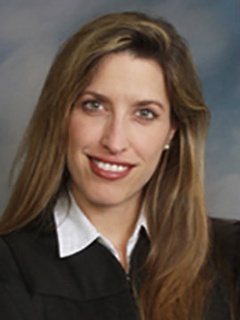 A Travis County judge has been arrested on suspicion of driving while intoxicated. As first reported by KVUE and the Austin American-Statesman, Judge Gisela D. Triana was arrested late Friday night after she was stopped for speeding on Barton Springs Road.

During the stop, police found an empty Mike's Hard Lemonade bottle in her car's center console and administered field sobriety tests which the judge reportedly failed. According to KVUE, Triana said she had two drinks while attending a taping of Jimmy Kimmel Live! at the Long Center and two more drinks at Zax Restaurant & Bar.

Triana was reportedly out with a fellow judge, prosecutors and defense attorneys before her arrest. While in jail, police issued a blood test to determine the judge's blood alcohol content. That information is not yet available.

Triana has been the presiding judge of the 200th District Court since 2005. Prior to serving the 200th District Court, Triana was a municipal judge and a local prosecutor. According to KVUE, Triana issued a statement following her arrest: "Whether it is determined that I was legally intoxicated or not, the investigation itself indicates that I have not met my own standards of careful conduct."