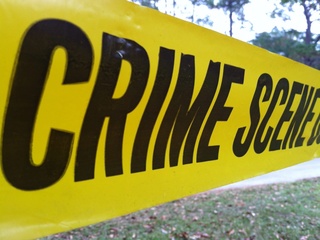 An East Austin family forced to bury their pit bull Friday night wants to know why Austin police officers shot and killed their pet, instead of using non-lethal force.

The Austin Police Department is investigating after it confirms two officers shot and killed a pit bull on Prock Lane, after they say the dog charged at police.

According to the APD watch commander, police were responding to an auto theft call on the 4000 block of Prock Lane, just off of Springdale Road around 8:30 pm. According to police, the officers shot and killed the dog from the street after it charged.

[The owner] says the dog was retreating into the house when it was shot a second time, ultimately dying on the front stoop.

Alicia Guerrero, whose family owned the dog, disputes that narrative. She says the dog was being restrained by a family member when officers arrived, but the man let the dog go when he saw police draw their weapons.

"I guess when the cops arrived he was all offensive. He wasn't ready to attack, but he was ready to bark," said Guerrero, who also said the pet had never been aggressive toward people before.

Guerrero says when the family member holding on to the dog let go, officers shot the animal in the head. She says the dog was retreating to the house when it was shot a second time, ultimately dying on the front stoop. KVUE could not reach APD Saturday for comment on those allegations.

"I think they should have used something other than a gun honestly," said Guerrero. "If he had bite him, then yes I would understand, but he didn't bite him."

Julian Reyes, whose dog 'Shiner Bock' was shot and killed while APD repsonded to a call last year, agreed with Guerrero.

"They're supposed to use an escalation of force," said Reyes, who has since become an activist trying to increase accountability for officers accused of shooting pets.

To read the full story and to see the video, please visit KVUE.com