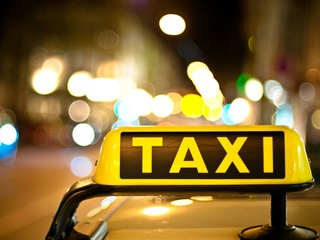 More transportation options could be on the way. Courtesy photo

Austin's City Council approved a resolution on Thursday, May 15 directing City Manager Marc Ott and team to examine, among many things, the possibility of bringing ridesharing services into Austin.

The first resolution passed will create a pilot program to potentially allow companies that use apps to connect drivers to users — a la Uber, Lyft and Sidecar — to operate within the city limits. Among the issues Ott and company will be examining in the program is how to put proper regulations into effect to protect both driver and passenger safety.

To combat the need for alternative transportation in the meantime, the City Council also passed a resolution directing Ott to work with current taxi franchises to establish ways to increase taxi availability. The resolutions were sponsored by Council Member Chris Riley and co-sponsored by Mike Martinez and Bill Spelman. The issue of alternative transportation will undoubtedly be a cornerstone for Riley and Martinez as they start their respective campaigns for council member and mayor into high gear.

But, as we reported earlier this week, the issue is not without controversy. Following the city's passing of the resolutions, Austin Yellow Cab president Ed Kargbo issued an italics-heavy statement saying, "The ordinances our city has in place for on-demand transportation services for compensation were developed and have evolved over the years to ensure that our community's residents and visitors have safe and legal transportation options."

Ott will report his findings to the City Council later this summer.