Selling a home
One man's trash is another man's lost sale Part 1: Tips for selling in a tough market.

Keeping Austin Healthy
Where to begin with HIV and AIDS in Austin?
LATEST NEWS
Artisan breads from popular Texas bakery are now available in Austin
School of Life 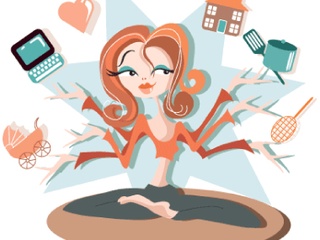 Hannah and I were at our neighborhood pool the other day when I ran into my friend Molly.  Molly and I aren’t close friends, but thanks to Facebook, I am privy to details of her personal life that only closer friends would have known in a pre-Facebook era.  And as a result of this false intimacy, I knew that Molly and her family had recently been to Italy.  I was catching up with her through a quaint exercise popular in by-gone years referred to as actual conversation, when her son Lyle ran up to grab a drink out of their cooler.

“Hey, Lyle,” I said, eager to rope him into this old-fashioned form of socializing.

“Yeah.  Rome was cool.  Except for the Vatican.  That was creepy,”  Lyle volunteered.  Molly laughed nervously.

“I mean, who cares about the Pope, anyway?  He’s just some creepy old man who used to be a Nazi but now he thinks he’s God,” Lyle continued, clearly enjoying having the floor.

“Plus he protects weirdo child molesters, too,” Lyle threw in for good measure, beaming with pride.  His expression said “I have finally arrived,” while Molly’s said “How fast can I leave?”

Lyle’s diatribe troubled me, but not because I’m catholic. (I am catholic, for the record; but none of the views expressed by Lyle was necessarily at odds with my own.)  The reason I was troubled had nothing to do with whether Lyle’s opinions were in sync with my own, but rather because the episode made me immediately aware of a sizeable hole in my parenting.

Imparting an awareness of the important issues of the day has always been high on my list of things to cover when raising my kids.  I want my kids to know my opinions and understand how I arrive at them.  I think this helps them to develop their critical thinking so that they will be able to evaluate all sides of an issue, formulate their own opinion and articulate that opinion clearly.  I stole this idea out of my own parents’ child-rearing playbook.  And while the food and shelter they provided were nice, it is the social and political awareness that they instilled in us for which I am most grateful.

In light of this, it will probably come as no surprise that ours is an opinionated household.  From civil rights to fashion wrongs, chances are we have hashed it out around the dinner table.  Hearing big opinions come out of little mouths has always made me happy.  In fact, at dinner recently Hannah unleashed a tirade about the evils of fast food.  My boyfriend Clint looked at me and said, “That’s third-generation strident right there.”  I couldn’t have been more proud.

But my encounter with Lyle and Molly made me realize I may have set Hannah up for failure rather than success.  Despite my intention for Hannah to have a well-stocked took kit for use in sizing up issues on her own, I may instead have only given her a chainsaw and not nearly enough training in how to use it safely.

I suspect both Molly’s kids and mine are exposed to super-sized servings of discourse on politics and current events on a regular basis.  When kids reach a certain age, they like to start demonstrating their knowledge and testing their skills at hanging with the grown-ups.  Both Lyle and Hannah have reached that age.  Lyle was most likely paraphrasing both the content and the style of the strong opinions he has heard his parents express about the Vatican and the Pope around their dinner table.  Hannah could just as easily dish out a heaping helping of her own brand of strident on the issue of gay marriage, for example.  When it comes to Hannah and her opinions, her usual policy is you don’t have to ask for her to tell.

So, what Lyle helped me realize was that not only do kids need to know what they think about a particular issue and why they think that way, they also need to know how to express their opinion in a respectful way, and further, how to listen to opinions that differ from theirs.  Irreverence and its first cousins sarcasm and mockery might be welcome when kicking issues around at home, but they can cause serious injury—both to the listener’s feelings as well as the speaker’s reputation—when substituted for reason and manners outside one’s own home.

If Hannah were to blurt out in public that Fox News is for idiots, anyone within earshot would (correctly) suspect that she has heard a similar espoused at home.  She would also come across as obnoxiously opinionated and either unwilling or unable to articulate a rational basis for her dislike of that “news” network.  At ten years old, Hannah is way too young to be branded with those labels.  If she’s going to wear them at all, she has to earn them herself after years of effort, just like me.

In all seriousness, I want my daughter’s opinions to be her own, and I want her to be able to support them with information and facts.  More importantly, I want her to know that discourse is a two way street.  You can’t just do all the talking and none of the listening.  That would make you just like one of those idiots on Fox News.  And since I’m writing this from the privacy of my own home, I don’t have to provide any facts or information to back up that characterization, nor do I have to have good manners and listen to anyone with a contrary view.