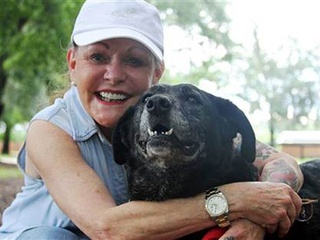 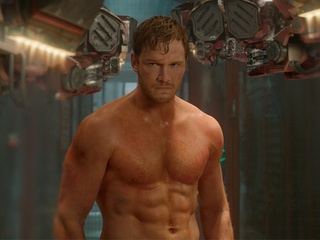 Chris Pratt has a new look these days.

1. "Apparently" this kid is awesome, steals the show during interview. Young Noah Ritter wasn't shy when a local news reporter asked him to weigh in on the Wayne County Fair. His interview has gone viral, with more than 4 million views on YouTube.

2. Heiress elevates dog from pound to palace. When Lady the black Labrador's owner died, she had trouble finding a new place to call home. After a second failed placement from the shelter sent Lady on a 30-mile walk of rejection, Wrigley gum heiress Helen Rich stepped in to rescue the dog with a private jet ride to her new home.

3. Another season of Arrested Development is a foregone conclusion. The powers that be at Netflix have already decided to give the Bluth family another season of original programming. The real challenge lies ahead, however, as it is getting increasingly harder to get the whole cast to the banana stand at the same time.

4. Chris Pratt is a new kind of Hollywood heartthrob. We fell in love with Chris as the pudgy, guitar-playing goofball on Parks & Rec. Now that he's transformed into a rock-hard leading man, he's still taking the time to rap, be awesome and braid people's hair.

5. Parents confess the painfully funny secrets their kids are trying to hide. The Internet has given kids a whole new kind of childhood. Although they may think they're pulling a fast one on Mom and Dad with some stealthy searches, parents who know how to check browser history are learning all sorts of new things about their kids.