Party in the ATX
Advice for Freshmen: How to be responsibly irresponsible

Pick your poison: The different manifestations of "hipster"

Pick your poison: The different manifestations of "hipster" 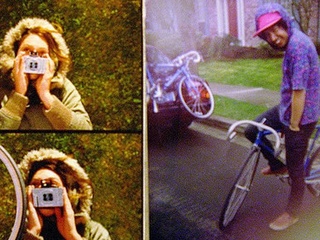 It's no secret that Austin is a hipster Mecca. Hipsters have infiltrated this city, biking in fleets, vomiting postmodern narrative upon the townspeople and wearing an armor constructed of Golden Girls tattoos and eyeglasses snagged from Great Aunt Beatrice. They're everywhere—serving you drinks, cashing you out, or sitting next to you at work. They could be your friend, they could be your significant other, they could be you.

Many publications have tried to claim that the hipster is dead, but I hate to break it to you—hipsters aren't going anywhere. Flush a cockroach down the toilet, and where does it go? Nowhere! It hangs out underneath the toilet seat and then crawls through your CD collection and judges when you're not looking.

"But the term is so passé!" my hipster friends who won't admit they're hipsters say. Which is kind of true. The word has become an umbrella term for pretty much anyone under the age of 40 who (a) watches The Daily Show with Jon Stewart, (b) doesn't wear polo shirts and (c) refuses to listen to top 40. And in Austin, that's pretty much seventy-percent of the population. So instead of classifying your friends and acquaintances in one broad category, why not compartmentalize them in more specific depreciative classifications?

I'm publicly declaring that the word "hipster" has not died, but rather blossomed into a family tree of individual characters, all unique and special in their own way.

The 'I Repurpose Jeans Almost As Well As I Roll Through Stop Signs' Dude, a.k.a. The Fixed Gear Hipster

This person is usually 6'2" and weighs less than his size 2 girlfriend. Fred Armisen best represented this type in a revered episode of Portlandia—bike cap, ear plugs, chin hair that looks like the leftovers of Robin William' body wax. They're angry because they grew up in a wealthy suburb of Dallas and have a Master's Degree. Though this hipster has expressed zero interest in having a career, he has exerted moderate motivation in starting a home brewery or beekeeping. He has a few PIs under his vintage beer label belt and he's more than happy to get into a drunken argument with you over US Government conspiracies.

The 'I'm an Old-Timey Baseball Player' Dude, a.k.a. The Traditional Hipster

These are the hipsters everyone wants to go away. Their style icon is their father circa 1982 and they sport Sarah Palin bumper stickers on their mopeds. They live tweet every second of every music festival they ever go to and only online check-in to locations that make them sound like they're more VIP than everyone else. They often hang out in front of coffee shops hoping to be seen. Their narcissism acts as a pheromone to the American Apparel Hipster (see below) which leads to short term relationships that usually ends in one strategically trying to avoid running into the other at Beauty Bar.

The 'Is My Side Boob Showing Enough?' Chick, a.k.a. American Apparel Hipster

The American Apparel Hipster literally goes hand-in-hand with the Traditional Hipster. You can often find them holding hands while walking down East 6th Street. The American Apparel Hipster has come to immortalize all that is vapid with hipsterdom, but people still can't get enough of the side boob. They often appear as though they've been struck with Polio in their Lookbook portfolio, a style which they make sure to pose in the 200 nightlife photos that will be taken of them each weekend. They're typically pretty, smart, and talented but downplay those attributes because they have no idea who the hell they are yet.

The 'I Want to Be the Tangible Manifestation of Betty Draper' Chick, a.k.a. Retro Hipster

This cutie typically sports a pixie cut and models for local clothing boutiques. They have their own Etsy store and spend their weekends shopping for vintage clothing and baking cupcake recipes by Amy Sedaris. You can often find them sitting on their couch in a cocktail dress sipping white wine and watching Grace Kelly movies for behavioral cues. They enjoy throwing themed house parties and update their Tumblr page with photos of boho modern design that inspires them.

The 'I Have a Non-Profit that Gives Recycled Ironic T-Shirts to Starving Kids' Dude/Chick, a.k.a. Entrepreneur Hipster

They might look like a Traditional Hipster on the surface, but don't let that fool you. The Entrepreneur Hipster actually has stuff going on (instead of just talking about it). They recycle, eat what they preach and typically own a web design company, art gallery, non-profit organization or all three combined. They are frequent contributors to Good Magazine and were the first people to sign up for the Car2Go program. They might settle down at 30 and name their children Hopper and Lula, and you might see them sitting as a family at the Kombucha counter at Wholes Foods on Saturday morning. If they're single, you can typically find them hanging out at bars in North Austin.

So what kind of hipster am I? A hipster never admits they're a hipster, duh.