Pet of the Week
Help find a home for Brooke, APA!'s captivating and playful bulldog 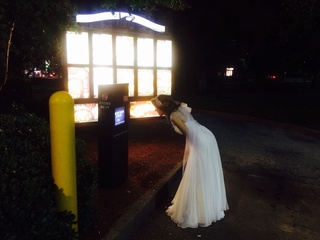 An unusual post-wedding meal at Taco Bell. Photo via Reddit 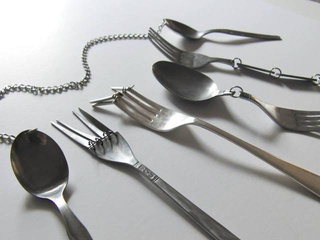 The worst utensils ever imagined. Photo via Katerina Kamprani

1. Coolest bride ever drunkenly orders Taco Bell while looking fabulous. Finding your way to a Taco Bell drive-thru after a night of drinking is an American tradition. But doing so on foot in your wedding dress and still managing to look sexy is a rare sight indeed.

2. French beach bans selfies. Wine at lunch, no work emails after 6 pm — it's clear the French know how to live. And the latest addition to public life in France is no exception. The Garoupe beach in southern France has declared itself a "no braggies zone," asking beachgoers to enjoy the sand and surf sans selfies.

3. Artist creates the most frustrating versions of everyday products. Some days, it seems like the whole world is against us. But at least we don't have to drink coffee out of a porous mug or try to use a fork with collapsible prongs.

4. Best dad ever makes homemade hovercraft for his kids. Back in the day, kids had to rely on bikes, skateboards and their own two legs to get around the neighborhood. Nowadays, however, they can just hop on a homemade hovercraft.

5. The 18 weirdest moments at the 2014 Emmy Awards. It's award season once again, and TV and music stars are not ones to disappoint. Check out the weirdest, most entertaining moments from the Emmys and VMAs.

An unusual post-wedding meal at Taco Bell. Photo via Reddit