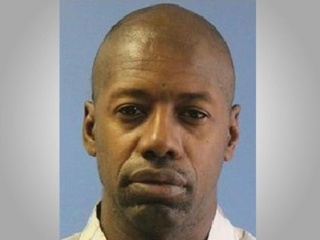 Just hours after police in Indiana announced they are charging former Austinite Darren Vann for the murders of seven women, the Austin Police Department issued a press release that it will be launching a formal review of the department's homicide cold cases and missing persons cases.

According to the release, "Detectives will be conducting a detailed review of potentially related cases based on information received." APD did not provide specific details about the information or elaborate on the review.

Police in Hammond, Indiana arrested Vann on Saturday, October 18 after 19-year-old Afrika Hardy was found strangled in a local Motel 6. After his arrest, Vann allegedly confessed to killing at least seven women and said that he killed other people in Indiana over the past two decades. Investigators have found the bodies of six other women believed to be victims of Vann.

Vann lived in Austin from 2004 until 2009 when he was arrested and found guilty of aggravated rape. According to records, Vann attempted to strangle a 25-year-old woman in his Austin apartment in December 2007 before beating and sexually assaulting her. He served four years in jail at the Texas Department of Criminal Justice in Huntsville. After his release in 2013, Vann was placed on the Texas Department of Public Safety's Sexual Offender Registry. He returned to Indiana that same year.

APD is urging anyone with information to call the Homicide Tip Line at 512-477-3588 or the Capital Area Crime Stoppers Program at 512-472-TIPS or text "Tip 103" along with your message to CRIMES.