Get Around Town
How to get around town during F1: Street closures, shuttles and more

Texas nurse under Ebola self-quarantine after flying to Austin airport

Texas nurse under Ebola self-quarantine after flying to ABIA 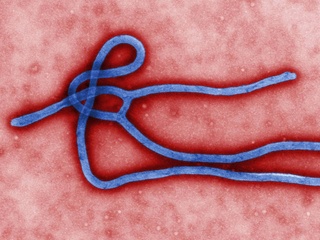 A Texas nurse is has agreed to self-quarantine after returning from providing aid work in Sierra Leone. Photo courtesy of CDC

A Texas nurse is under self-quarantine after administering aid work in Ebola-stricken Sierra Leone. The nurse flew into Austin-Bergstrom International Airport on Wednesday morning.

According to a press release from the Office of the Governor, the nurse (who has not been named for "privacy reasons") is not exhibiting any symptoms of Ebola but has agreed to a self-quarantine in her home as a precaution. She will be visited twice a day by the Texas Department of State Health services for the next 21 days, the average incubation period of the virus.

The nurse was allowed to travel via airplane but was met by officials at Austin-Bergstrom International Airport. According to Centers for Disease Control protocols, the assistance she was providing in West Africa put her at "some risk," so the voluntary quarantine is a basic safeguard against the potential spread of the disease.

Gov. Rick Perry called the nurse shortly after she returned to thank her for her service.

"This health care hero has made a great sacrifice in traveling abroad to minister to those who are suffering," Perry said in the press release. "Even now home in Texas, she continues to demonstrate her selflessness by agreeing to quarantine herself and further protect her fellow Texans."