How much is a beloved pet worth? A heartbreaking unauthorized euthanization could change Texas law for dogs

How much is a beloved pet worth? A heartbreaking unauthorized euthanization could change Texas law for dogs

Jeremy and Kathryn Medlen with Avery Photo via WHAS11.com 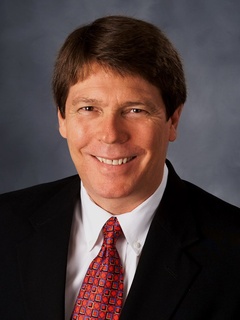 Brace yourselves . . . this one's a tear-jerker.

Kathryn Medlen adopted Avery from a homeless man when he was just a puppy. After she married and had two kids, Avery became a full-fledged member of the family. They took him camping, cooked him special meals and even allowed him to sleep in bed with the humans.

Avery escaped from the Medlens' backyard during a summer thunderstorm in 2009, ending up at Fort Worth Animal Care and Control. Workers told the family to return in several days, so their dog could be properly microchipped. By no means a no-kill establishment, the shelter placed a "hold for owner" tag on Avery's pen to signify that the dog was not to be euthanized.

"The Medlens came to see me about a year ago, wanting to know if they could press charges," attorney Randy Tucker tells CultureMap. An avid dog-lover, Tucker immediately took the case.

Based on an 1891 ruling, he told the family, Texas only allowed plaintiffs to collect a dog's market value. Under state law, Avery's mixed-breed heritage meant little financial compensation—until Tucker discovered a loophole.

"I found a 1963 Texas Supreme Court ruling that said if personal property is destroyed, even if it doesn't have market value, owners can sue for intrinsic or sentimental value." Across five decades, the ruling helped plantiffs win in cases involving personal items as varied as family photo albums, cowboy boots, antique brooches and even trees.

On Nov. 3, the Second District of Texas Court of Appeals granted the Medlans the right to sue for sentimental value lost in the Avery's death, a ruling that now holds for the district's 12 Forth Worth-area countries.

"Dogs are unconditionally devoted to their owners," judge Lee Gabriel said in the ruling, noting the important role pets maintain in a family and that "the special value of man's best friend should be protected."

Both the American and Texas Veterinary Medicine Associations have plans to appeal the ruling.

For those looking for a new animal family member, be sure to visit Austin's numerous shelters, including Austin Animal Shelter, Humane Society and Austin Pets Alive. Also check out Petfinder for an amazing list of local pets available for adoption.

Jeremy and Kathryn Medlen with Avery Photo via WHAS11.com