Shutting It Down
No new downtown events until construction stops, city official says 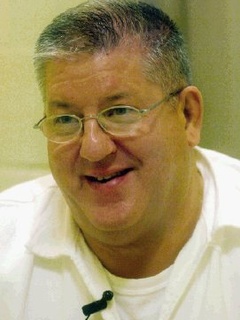 Bernie Tiede has been granted a new punishment hearing. Courtesy of FreeBernie.com

Bernie Tiede, the inspiration for Richard Linklater's film Bernie, has won his appeal — and he may be set free from prison for good.

KXAN reports that on Wednesday, The Court of Criminal Appeals of Texas ruled that Tiede is entitled to a new sentencing phase of his trial for the 1996 murder of 81-year-old millionaire Marjorie Nugent.

The film Bernie details the strange relationship between Tiede and Nugent, portrayed by Jack Black and Shirley MacClaine respectively. The two became fast friends after meeting in East Texas at a funeral home, where Tiede worked as a mortician. Their close affair ended abruptly in 1996 when Tiede shot Nugent and stuffed her body in a freezer. In 1999, Tiede was sentenced to life in prison after confessing to Nugent's murder.

However, after the release of the film Bernie, new lawyers unearthed that Tiede had been sexually abused as a teenager and, according to KXAN, may have suffered an abusive relationship with Nugent. Based on this new information, Tiede was released on bond in May and allowed to live in the Austin garage apartment of filmmaker Richard Linklater while he awaited the Texas Court of Criminal Appeals ruling.

After Wednesday's ruling, Tiede was remanded to Panola County. It's unclear if he will remain in custody or be allowed to return to live with Linklater before the new punishment hearing. A date has not yet been set.