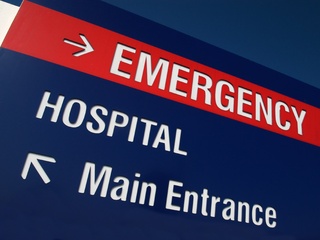 The CDC declared Monday that 22 states, including Texas, are experiencing an extreme number of flu cases this year. DocInTheD.com

The Centers for Disease Control and Prevention (CDC) declared Monday that a national flu epidemic, resulting from a virulent mutated strain of H3N2, is sweeping across the country, especially in the southeast and Midwest regions, including Texas.

A high number of flu cases have been reported in 22 states and CDC figures indicate that since the start of the flu season on October 1 through December 20, 15 children have died from the virus. According to the Austin/Travis County Health and Human Services Department, five adults have died from the flu in Travis County this season.

The CDC reported that 48 percent of the H3N2 samples from patients seen so far were well-matched to the cocktail of ingredients in the current vaccine, but 52 percent were not.

People at the highest risk of contracting the virus are those over the age of 65 and younger than four. At this time, the CDC reports that 2,500 people have been hospitalized because of the growing, and worsening, flu crisis.

One of the primary reasons for the national explosion in the number of flu cases is because this year's H3N2 virus has mutated, reducing the effectiveness of the pre-prepared vaccines.

Approximately 90 percent of cases reported this year have been the virulent H3N2 subtype, and earlier this month, the CDC admitted that the current vaccine does not protect well against the H3N2 strain. In spite of this news, CDC officials say the vaccine should provide some protection and still are urging people to get vaccinated.

The CDC reported that 48 percent of the H3N2 samples from patients seen so far were well-matched to the cocktail of ingredients in the current vaccine, but 52 percent were not.

"Though we cannot predict what will happen the rest of this flu season, it's possible we may have a season that's more severe than most," CDC Director Dr. Tom Frieden said at a news conference early this month.

An official with one vaccine manufacturer, GlaxoSmithKline, emphasized that about half the samples match the strain in the vaccine, and noted that flu seasons can sometimes involve a second wave of illnesses caused by a different strain.

"We're at the very beginning of flu season, and it's quite possible different strains will predominate," Dr. Leonard Friedland, director of scientific affairs for GlaxoSmithKline's vaccines business, told the Daily Mail.

Visit the CDC's site on influenza for more information.