Award Season
Texas talent wins big, can't outshine Kanye drama at 2015 Grammys
LATEST NEWS
Make the most of Marfa and West Texas by road-tripping in a luxe RV
In The News 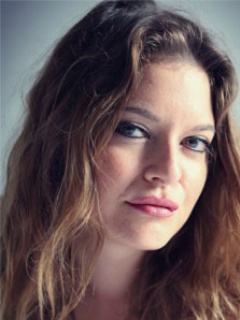 KVUE — The woman who gave the emotional spoken word piece about ending domestic violence and human sex trafficking at the 2015 Grammy Awards is based in Austin.

One in five women in the U.S. has been a victim of rape or attempted rape. This startling statistic was given by President Barack Obama during his message at the 2015 Grammy Awards Sunday.

Axtell is a survivor of domestic violence and sex trafficking. According to ABC News, Axtell is a poet and activist in town, running communications for Allies Against Slavery. She also serves on the board for a therapeutic program called The Refuge Ranch.

Axtell called her experience "surreal," and was grateful for the opportunity.