Day 12
Welcome to Crooks country, outlaw sounds from the heart of Texas 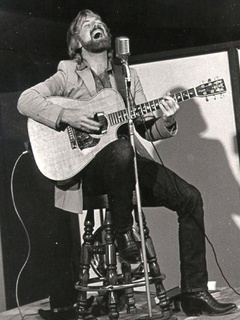 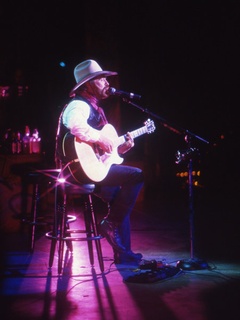 It's clear that Michael Martin Murphey is a student and scholar — and living example — of Texas music.

Whether he's discussing the diversity of the art form's roots, or reminiscing on his days in 1970s Austin as a Cosmic Cowboy, his enthusiasm and knowledge of Texas songwriting heritage cannot be overlooked.

A 2009 inductee into the Texas Heritage Songwriters' Hall of Fame, Michael Martin Murphey talks to CultureMap about his definition of Texas music and his thoughts on its future — a future that he thinks will be fueled by the "Texas Gypsy Soul."

CultureMap: How do you define Texas music?

Michael Martin Murphey: Authentic Texas music is made by native Texans (born and raised), or people who have lived in Texas for long enough to absorb the cultural amalgam that sets Texas apart from other states. The Republic of Texas was firmly established on the principal of freedom and liberty, and that extends to artistic and philosophical freedom.

The uniqueness of Texas culture comes from a cross-pollination of European (primarily Irish and German), Latino and African-American culture — a mix of sensibilities and ideas that shows up from the beginning of the Republic of Texas in the cowboy music and African-American music strains that spawned blues, jazz and "country" music

Texas' quintessential folk hero and icon is the cowboy, with the African-American "bluesman" running a close second. These are the only true folk icons of American culture. A cowboy walking down the streets of Paris — or anywhere in the world — will be recognized as "American,” and so will a black man or woman singing or playing blues and jazz.

Anyone who wants to participate in Texas culture must confront Texas cowboy history, as well as cowboy social gestalt and folkways to understand Texas music and culture. Cultures throughout the world are fascinated with the American cowboy. Texas is the breeding ground of the American cowboy...

CM: And the Texas songwriter?

"Texas songwriters like to be thought of as 'Wandering Troubadours,' not 'Tin Pan Alley' songwriters in the publishing trade."

MMM: The genesis of the Texas songwriter also lies in cowboy music, African-American music and Latino music — primarily the music of the vaqueros of Mexico, but the Central Americans and South Americans (particularly gauchos of Argentina) had some significant influence.

Texas songwriters have a strong tendency to write "story songs" — better know as ballads, in the classic sense of the word. "Ballad" in contemporary culture now signifies a slow, sentimental, romantic song — but "ballad" actually derives from the story songs of the troubadours of ancient cultures, Western and Eastern.

It's no accident that one of the most popular shows on television about Texas music, Troubadour Texas, uses the word "troubadour" in its title. Texas songwriters like to be thought of as “Wandering Troubadours,” not “Tin Pan Alley” songwriters in the publishing trade.

The list of Texas songwriters who were "troubadours" influenced by the Texas mix of European cowboy, African-American and Latino culture is long. All of these Texan cultures were heavily involved in the livestock industry of the early Texas Republic — and the vaqueros of Spain and Mexico were the literal inventors of the accouterments, wandering way of life, and ways of working livestock and training horses that cowboys still use and honor today.

CM: What is it about Texas that gives it such rich music and songwriting history?

CM: What do you see on the Texas songwriting horizon?

""They are developing a style that is firmly planted in Texas music traditions, yet innovative and full of restless creativity and angst of rock music — kind of a 'Texas Gypsy Soul Music.'"

MMM: People like my son, Ryan Murphey (who has won several Texas Music awards), Randy Rogers, Stoney La Rue, Walt Wilkins, Pat Green, Jack Ingram, Roger Creager — and many more who tend to pop up at "MusicFest" in Steamboat Springs, Colorado (which features primarily Texas Music) — are developing a style that is firmly planted in Texas music traditions, yet innovative and full of restless creativity and angst of rock music — kind of a “Texas Gypsy Soul Music.”

Some new people aren't from Texas, and don't live there, yet, as Lyle Lovett says, "Texas wants you anyway." Some of the new people have so immersed themselves in Texas music that it's downright impossible to tell they're not from Texas!

CM: Do you have a favorite moment, or era, from Texas music?

""For me, Austin, Texas from 1970 to 1974 was a great homecoming for Texas musicians who had scattered all over the country to find work." "

MMM: For me, Austin, Texas from 1970 to 1974 was a great homecoming for Texas musicians who had scattered all over the country to find work. I moved to Austin when I met Gary P. Nunn and Leonard Arnold. My old friend Bob Livingston, a native Texan I met in California, soon joined me, as well as my steel guitar-playing longtime friend from California, Herb Steiner.

We formed a band, the Cosmic Cowboys (which later became the basis of the Lost Gonzo Band), and "Geronimo's Cadillac" came out in 1972, about the time Willie Nelson moved to Texas from Nashville. Waylon Jennings started hanging around, and Jerry Jeff Walker showed up just before Willie came. Forces were gathering!

MMM: I love every line in the great cowboy song, "I Am A Texas Cowboy.” The opening lines are: "I am a Texas cowboy / From Texas now I hail, show me a rope and pony / I'm ready for the trail / I love the rolling prairies, they're from care and strife / Behind a pair of longhorns I'll journey all my life." No one knows who wrote it for sure. Jack Thorp said the author was "M.S.W. — The Redwater Poet." I love a good mystery!

MMM: I was influenced by Woody Guthrie, Jules Vern Allen, Earnest Tubb, Bob Wills, Hank Thompson, Hank Williams, Mance Lipscomb, The Kingston Trio and Lightnin' Hopkins. There are so many people who influence me now — they are too numerous to mention.

CM: If you could collaborate with anyone, who would it be?

MMM: I am collaborating with that person, already — my son, Ryan Murphey! If he were alive, I would pick Harlan Howard as a second choice. Hank Williams would be my third choice. After that, Willie Nelson, Paul McCartney, Paul Simon, the Avett Brothers.