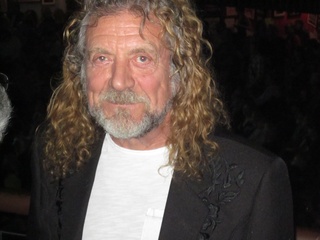 There will be liars walking Austin streets Thursday morning. Maybe 100,000 of them, because that's how many people will say they stood at Bruce Springsteen's feet as he played the 30th Anniversary Austin Music Awards on Wednesday night at the Austin Music Hall.

The Boss appeared after being introduced by Joe Ely with a simple "do we have any guitar players in the house?" Yeah, there was one more and he was met with a chorus of "Bruuuuuuuce" from the crowd.

The Austin Music Hall only holds a few thousand and it's been a long time since the Boss played to a crowd that small in Austin, but you can be sure most of Austin will claim to have been there.

The buzz started early and those in the know tweeted out "something special will happen." And still, some in the crowd, probably the non-social media savvy, left early.

Those who stayed got a rare treat.

Robert Plant was in the house. Maybe to see Carolyn Wonderland and Ruthie Foster play a feverish set together, starting with a Janis Joplin tune. Or maybe to see Alejandro Escovedo and friends.

Yeah, maybe. But the rest of the house, those who felt the buzz, they were staying for something else.

Alejandro Escovedo and Joe Ely are friends. They've been playing in Austin, although rarely together, for over 30 years. And they have a mutual friend in Bruce Springsteen who has invited both to play on tour and onstage in Austin and around the world. Wednesday night he paid back big, playing guitar and singing on six songs, all from Escovedo and Ely.

The Austin Music Awards celebrated their 30th Anniversary with a show that will not soon be forgotten and SXSW Music jump started with star power.