The Sessions' Inside tracks
A musical force to be reckoned with: Exclusive new music from Uh Huh Her 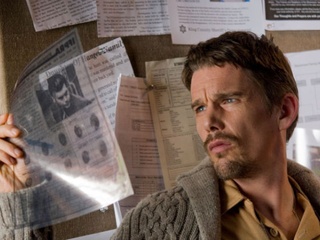 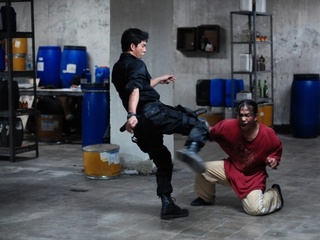 Although SXSW 2012 screened its fair share of films that'll definitely be coming to a theater near you (both 21 Jump Street and Cabin in the Woods premiered to enthusiastic acclaim), the conference also offered well over a hundred small and independent films from around the world, each of them vying for the necessary audience attention to win a distributor. The typically stellar SXSW programming meant that this year's fest had something for everyone, from low key dramas and heartwarming comedies to bloody horror flicks.

However, every festival wrap-up needs a list (everyone loves lists!), so here are 10 SXSW 2012 films that you should go out of your way to see. Some will find themselves in thousands of theaters, and some may vanish in the blink of an eye if you're not quick on the draw, but each of them is worth your time and money.

A touching, deeply felt look at the strange collision between religion and music, Electrick Children follows a young girl from an isolated religious sect who finds herself pregnant after her first exposure to rock and roll. With an immaculately conceived child in her womb, she runs away from home, determined to find (and marry) the singer on the tape, convinced that God wants them to be together.

Functioning both as a drama on the perils of religious dogma and a gentle comedy about discovering your true identity even if it means leaving all that you know behind, Electrick Children is a tribute to rebels of all kinds, from scummy punk rockers to Jesus Christ.

James Edward Baker was a United States marine who fought in World War II before he went home, became a career criminal, opened a series of hugely successful Los Angeles restaurants, discovered the hippy movement, dropped a lot of acid, changed his name to Father Yod and formed the community/cult known as the Source Family.

A documentary that tracks the brief and bizarre history of the family in exhaustive detail, The Source passes no judgment on its subjects, letting the story play out through narration from those involved and their exhaustive supply of photographs and home movies. Like the best documentaries, you wouldn't believe a word of it if it wasn't happening before your very eyes.

The Midnight Audience Award winner at this year's fest, Citadel is a scrappy, tough, brutal and, when it needs to be, pretty freaking' scary Irish horror movie that feels like Who Can Kill a Child? for the post-28 Days Later generation. After a young man witnesses two hooded street youths murder his wife, he struggles to take care of his infant daughter and keep his crippling agoraphobia in check. Of course, those creepy, murderous children aren't done with him (or his kid) quite yet.

Although it occasionally pushes against the boundaries of its small budget, Citadel is mean, quick little movie, balancing the creepy and unsettling imagery with a flawed, sympathetic protagonist who you can't help but root for.

7. We Are Legion: The Story of the Hacktivists

Only a few months after completion, We Are Legion already feels a little out of date. That's not necessarily a bad thing. In fact, it only heightens how of-the-moment this terrific documentary is and how it's vital viewing if you want to understand online activism (or "hacktivism").

Tracking how the online group known as Anonymous grew from being a loose collection of morally dubious pranksters to a socially-minded force prepared to strike down the corrupt, the film explores how a free internet has contributed to righteous revolutions in the Middle East the Occupy movement in America. Although certainly biased in favor of the Hacktivists, there is no denying that this film captures an incredibly important moment in our history: Something is happening and we may not be able to define it, but it started right here.

Warm, uplifting comic dramas about underdogs overcoming their fears and anxieties are the bread and butter of film festivals (i.e., they're common, safe and dull). If that's the case, then Fat Kid Rules the World is garlic cheese bread (i.e., delicious, filling, so much damn fun and sure to give you diabetes from how good it makes you feel). When an obese teenager is saved from a suicide attempt by a strung-out high school drop-out junkie, they form an unlikely friendship around the world of punk music and end up changing each other's lives.

It may sound contrived (and in terms of basic plot structure, it really is), but this indie template has rarely been so sweet and funny. As our hero's father, Billy Campbell takes a stereotype — hard-ass, former Marine single father — and transforms him into the best cinematic father I've seen in years. His was the best performance at SXSW, and Fat Kid Rules the World was one of the best films screened. Director Matthew Lillard is no longer just that guy who played Shaggy in the Scooby Doo movie. I can't wait to see what he does next.

There's something to be said for a film that manages to be genuinely romantic without undercutting that romance with snark or irony. What's even more impressive is when that beautiful, touching romance is completely surrounded by all kinds of snarky, ironic comedy.

Safety Not Guaranteed follows a journalist and his two interns who investigate a classified ad requesting a partner for a journey back in time. Mark Duplass holds onto his crown as King of the Indie Actors as the potentially crazy man who wrote the ad and Aubrey Plaza stops being a TV comedienne and becomes a full-fledged movie star before our very eyes as the intern who falls in love with him. Although cut from the same cloth as so many "quickie" indie romances, honest performances from naturally funny and lovable actors help transform the film into something else entirely: One of the best romantic comedies in a long, long time.

When I wrote about The Source a few entries above this one, I said that a good documentary is one where you would never believe it if it weren't true. This is epitomized by The Imposter, a film proving that true stories can often be so much more exciting than fiction because, unlike fiction, the truth doesn't have to make sense. To say too much would be criminal (you should go into The Imposter as blind as humanly possible), but here's the set-up: In San Antonio, Texas, a 13-year-old-boy goes missing. Three years later, a 23-year-old man decides to change his identity and pretend to be a teenage boy.

What happens next and how these stores intersect will leave your jaw on the floor. Then, when you think the story is out of surprises, it continues to drop bombshell after bombshell. This astonishing story is told through interviews with those involved and reenactments so well shot that the same team could have easily made this into a regular narrative film. The problem with that is that no one would have believed it.

Since it was first screened last year, The Raid: Redemption has received all manner of accolades, with many action aficionados proclaiming it to be next step forward in action cinema, like Die Hard and Hard Boiled before it. Well, they weren't kidding. This is the real deal. Action filmmaking hasn't been this visceral (or brutal or exciting or fist pumpingly awesome) in far too long.

It's a simple premise: A team of police officers find themselves trapped in a fifteen story apartment building completely controlled by a e-e-evil crime lord and his army of thugs. They fight to stay alive while everyone in the building tries to kill them. Once it starts, The Raid: Redemption never stops, and while our hero cop racks up a body count in the high dozens, the film never makes it easy on him. Every fight, every kill, is a battle to the death and no one goes down easy. This is hardcore action cinema, real next level stuff. When it begins to trickle into theaters on March 23 (March 30 in Austin), make sure you see it in theaters…you don't want to be the schmuck that misses this.

Programmed as a "super secret screening," Sinister is the brainchild of filmmaker Scott Derrickson and his writing partner (and Austin blogger/personality) C. Robert Cargill. It's also completely and totally terrifying, a brain melting, lip quivering journey into a dark and evil place populated solely by things that go bump in the night and want to destroy you and your entire family.

Ethan Hawke stars as a true crime writer who moves his family into a new town to conduct research for a book and discovers a box filled with 8mm film canisters in attic. What's recorded on those films? That would be tipping my hand (especially since the film doesn't open until October). Let's just say that Sinister isn't necessarily a fun horror movie — it's the kind of horror movie that stresses you out, steals your sleep and makes you keep seeing unsettling things in the corner of your eye. This is not watered-down PG-13 bullshit built to drag teenyboppers to the theater. I can't wait to see it again.

It's an old saying: comedy is tragedy plus time. In Sleepwalk With Me, director/star Mike Birbiglia beautifully showcases how one becomes the other. A tragic film that also happens to be hilarious (or a comedy full of things that'll make you weep, if you prefer), Birbiglia has accomplished something big: He's crafted one of the best films ever made about the comedy process.

Playing a thinly veiled version of himself (the film is based on his one-man show of the same title), Birbiglia plays a struggling stand-up comedian whose career begins to blossom at the expense of his lengthy relationship. It's no accident that Birbiglia's stand-up gets funnier the more his relationship disintegrates. Over the course of 80 moving minutes, we watch the tragedy of the past become the comedy of the present. Anyone can tell a joke, but not everyone can get up on stage and bare their soul in search of a laugh.

Sleepwalk With Me may not be as polished as some of the films on this list, but it's the most honest. It's a true work of art from an artist who uses laughter to heal and to forget. It's a gem.