The men behind Cash, Haggard and Clapton: Austin musicians with legendary pasts

The men behind Cash, Haggard and Clapton: Austin musicians with legendary pasts 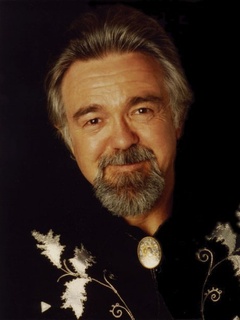 Every week, local musicians with legendary backgrounds play solo and group gigs on Austin's famed stages, from the Continental Club to Saxon Pub.

Casper Rawls, Redd Volkaert, Earl Poole Ball and Bobby Whitlock have become staples of the Austin music scene in their own right, but before they planted roots in Austin, they played with some of the most legendary heroes of country and rock.

Though we don't live in an era where the Man in Black will pony up to a local stage, we do live in a town where you can pony up to the bar and experience the music of the men behind legends like Johnny Cash, Merle Haggard, Buck Owens and Eric Clapton. These are the local legends you need to know — and see live — at Austin's best music rooms.

Casper Rawls is, plain and simple, a Texas guitarist — and one of its finest at that. Rawls boasts an incredible resume that extends over four decades.

What he's most known for in the local country circuit is his part in founding Buck Bash, an annual event at the Continental Club each August (this year will be its 21st anniversary). Even though he’s a Texan by definition, Rawls has mastered the Bakersfield guitar sound created by Buck Owens — “It’s not Nashville at all: loose, big old beat, twangy guitars, great singing and harmonies,” Rawls told CultureMap in a previous interview.

That twangy sound does well here in Austin, where players — especially Rawls — bring it to life. Rawls played at Buck Owen’s Crystal Palace in Bakersfield, CA and still has a guitar that Owens sent to him to thank him for the annual Austin birthday bash.

Rawls’ project Planet Casper has been a weekly event at Continental Club for five years. Though currently on hiatus, Planet Casper will begin to orbit again in September, this time bringing everything from Badfinger to Buck to the Continental stage on Sundays from 3:30 p.m. - 6:30 p.m.

Redd Volkaert has been a fixture in the Austin music scene for over a decade. But before calling Texas home, he hung his hat in Nashville and spent the latter part of the 90s as Merle Haggard’s guitarist.

“One day the phone rang and Merle Haggard wanted to know if I was interested in working with him,” Volkaert writes on his website. “I had jammed with and got to know some of the guys in his band. So when Joe Manuel left to go with Lee Anne Womack, Merle asked the band who they wanted on guitar, five out of eight said me, so I am still getting even with the other three.”

With Haggard, it was all outlaw guitar, but Volkaert’s solo shows are much more versatile. He’s a modern master of western swing who can even make the Flintsones theme song take your breath away.

If you haven’t yet met the boisterous, bigger-than-life man and his unique sound, you’re missing out. You’re also missing out on a hell of a time at Continental Club. Volkaert plays a free Saturday afternoon show at Continental Club each week. Get there early if you want a seat, otherwise, bring your dancing shoes.

Affectionately called “Mr. Honky Tonk Piano,” Earl Poole Ball has a name that’s just as eye-catching as the list of music trailblazers he’s performed with over the years.

Like Redd Volkaert, Ball played with Merle Haggard, as well as Glen Campbell, The Flying Burrito Brothers, Buck Owens and Jerry Lee Lewis. But Ball is most known for his 20-year stint as Johnny Cash’s piano player.

Known as a honky-tonk master, Ball’s shows cover everything from the blues and country rock to high-flying boogie-woogie piano. He just ended a two-year residency at Saxon Pub, but he has more solo gigs on the horizon. In the meantime, you can catch Earl Poole Ball with Heybale — a local super-group of sorts that includes Redd Volkaert — on Sunday nights at 10 p.m. at Continental Club.

Sure, this list leans a little country, but there’s always room for some soulful rock n’ roll. Bobby Whitlock brings that to Austin with just one word: “Layla.”

Whitlock was a member of the short-lived, but monumentally influential, Derek and the Dominoes with Eric Clapton from 1970 - 1971. Though Whitlock isn't credited as a writer on “Layla,” his influence is heard on most of the tracks from Layla and Other Assorted Love Songs, which, more than 40 years after it dropped, is still widely regarded as one of the best albums of all time.

Derek and the Dominoes may have faded quickly, but Whitlock’s career has not. He resides in Austin and plays a weekly gig with his wife, Coco Carmel. You can catch Bobby & Coco each Sunday night at the Saxon Pub.