DJ Jonathan Toubin, in critical condition after taxi cab crashed through his hotel room, gets some help from his spinning friends

DJ Jonathan Toubin, in critical condition after taxi cab crashed through his hotel room, gets some help from his spinning friends 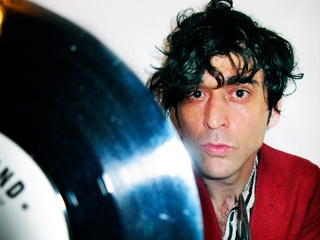 Houston-native DJ Jonathan Toubin was in a freak accident in Portland, leaving him in critical condition. TheSuiteDelight.com

Imagine slumbering in the privacy of your chic yet urban hotel room in downtown Portland, the City of Roses. As you prepare to take on the frenzy of everyday life, a thunderous sound gives way to a taxi cab crashing its way into your room.

The Houston native and hard working man is still in critical condition after being pinned between the out-of-control cab and his hotel room wall.

He was on tour taking his Soul Clap and Dance-Off party, an all-night groovy bacchanal spinning tunes of the '60s, which has stopped in Montreal, Haverford, Miami, Philadelphia and Cleveland.

All and all, Toubin's done more than 600 gigs in the last two years.

The Houston native and hard working man is still in critical condition after being pinned between the out-of-control cab and a wall at the Jupiter Hotel. According to Oregon Live, an officer on duty described the bloody spectacle as something out of a disaster movie.

In challenging times, Austin musicians come together to help a friend. In that spirit, two fundraising events, fittingly, both shows, will be taking place over the next week.

Dec. 27, join Knife in the Water, Glorium, December Boys, The Black and Quin Galavis at Emo’s (Red River) for a fundraising show.

A separate website and Facebook Page have been set up to keep up with Toubin's progress and to inform concerned friends, family and fans of upcoming events, which are taking place from New York to Los Angeles.