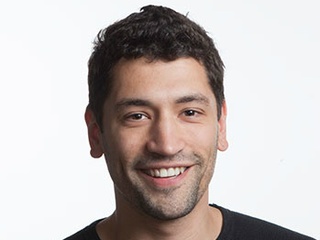 Two Austin entrepreneurs have landed on Inc.'s 30 Under 30 list, which honors young superstars that are making waves. The annual list gives props to innovators behind some of the most buzzworthy companies in the country.

The first Austin-based company on the list is the Zebra, which has been billed as the "Kayak of auto insurance." Just as Kayak quickly compares airfare and travel rates among different travel websites, the Zebra compares automobile insurance rates from more than 200 providers.

The Zebra was founded by Adam Lyons in 2012. The young entrepreneur boldly emailed Mark Cuban explaining the gist of the company, and the business tycoon took the bait, becoming one of the Zebra's first investors.

Since its nationwide launch last year, the site has seen plenty of success. But Lyons doesn't plan on sticking to auto insurance. "We want folks to save by bundling, and plan to demystify every personal line of insurance," Lyons tells Inc. "We started with auto insurance because there's about $180 billion in premiums written each year, but will expand into other markets within 18 months. We want to be the one-stop shop for everything insurance."

Just as Lyons recognized the need to shake up the insurance game, Austinite Douglas Hanna saw an opportunity to make the customer service sector more helpful. Help.com is Hanna's startup company that crafts customer service software that is "friendly enough for smaller companies but powerful enough for larger ones," according to Inc.

There's a rather large demand for simple, scalable customer service software that can be easily used by companies big and small. "Hanna has a knack for not only having a finger on the pulse of the customer, but for also knowing where they're going next," Hanna's colleague Chip Bell tells Inc. The company hasn't launched yet (the software is scheduled to be available this summer), but Hanna has already drastically impacted the customer service market.

You can vote for the Zebra and Help.com as your favorite 30 Under 30 company here.