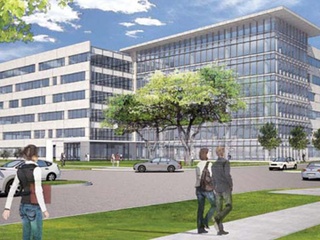 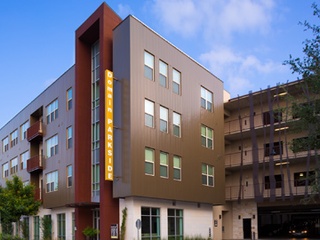 When completed, The Domain will have 5,000 residents.  TheDomainAustin.com 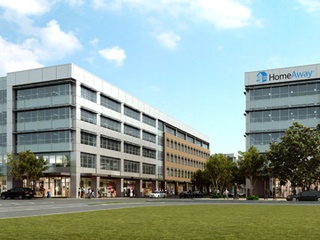 HomeAway will relocate to The Domain this fall.  TheDomainAustin.com

Since 2007, The Domain has been poised to become what some call "the seed of a second Austin." Now, seven years after its opening, the North Austin hub is dominating the mixed-use, master-planned market, in the process essentially becoming North Austin's downtown.

While some have likened the center to a "second downtown," it will never compete in sheer size to downtown Austin. "To be more accurate," notes David Blackbird, regional managing partner for the development and brokerage firm Stream Realty, "The Domain [is] North Austin's new downtown."

"Just like downtown Austin, The Domain covers all market segments ranging from office to retail to hotel and residential," says Blackbird. No other center in the Austin metro area offers dense office, premiere retail, hotel and residential spaces integrated in one place. And the line-up of retail, residential, office and hotels keep on coming at a breakneck pace.

In May, Nordstrom's announced it will open a full-line store at The Domain — its second in Austin — in the fall of 2016. The new space will be a two-level store with 123,000 square feet of retail space, says Endeavor Real Estate Group, the project developer.

The 168-room boutique Archer Austin hotel, also announced in May, will join Aloft, Westin and Lone Star Court as the fourth hotel in the development. Based out of Manhattan, this is only Archer's second location; the third will be in Napa. The Archer is part of the third phase of The Domain, which will predominantly feature restaurants, retail stores and boutiques.

On the fashion front,CultureMap reported earlier this month that fashion retailer Tory Burch plans to open her first Austin boutique at The Domain in late September.

Adding to the "Austin authenticity" of The Domain is East Side King, which has signed a lease for a brick-and-mortar spot at The Domain, but has no firm opening date. East Side King will be accompanied by Shake Shack, set to open its second Austin location at The Domain in early 2015. And, as CultureMap reported in June, Punch Bowl Social will open a 21,000-square-foot freestanding building near the Westin this fall.

The Domain developers promise announcements of even more casual and local eateries in the coming months. Given the success of the Whole Foods Market that opened in January 2014, which had the most successful first day sales in the company's history, new food outlets can expect record sales too.

That retail growth is met with a growing number of residents and workers. New residential units are continually being built, and Columbus Realty reports that 96 percent of its new 558 residential units are pre-leased. With new development underway, The Domain’s 2,000 residents will soon be joined by 2,000 more, and the 5,000 people who currently work in the area will grow to a total of 7,500.

Local market consultants say there is still space available and high-end market demand for more square footage at the North Austin hub. The restaurants, convenient upscale shopping and places to live make it an appealing place to locate an office, perfect for attracting and retaining employees. That's why Home Away, for example, is moving its headquarters in September from downtown to a new five-story, 114,000-square-foot building at The Domain — more than double the size of the current facilities.

When completed, The Domain will include 5,000 residential units, 3.5 million square feet of office space, 5,000 residents and 7,500 workers says Ben Bufkin, a principal with Endeavor Real Estate Group. Compared to downtown's 11,000 residents, 8.5 million square feet of office and more than 126,000 workers (according to the Downtown Austin Alliance), The Domain will always be a fraction of the size of downtown Austin.

But, it's status as a North Austin hub cannot be denied.

When completed, The Domain will have 5,000 residents.  TheDomainAustin.com