Which candidate for governor received the Chuck Norris endorsement? 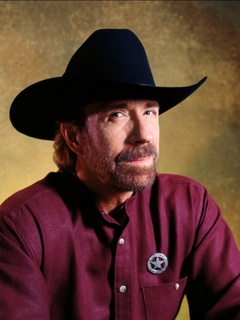 Chuck Norris is 0-for-2 in big political endorsements. Courtesy photo

Claiming unspecified "freedoms are under attack," Norris wrote that Abbott "is a proven protector of the values so many of us hold dear." He also inserted a joke about himself that was both a rhetorical question and in third-person: "Did you know that ghosts sit around campfires telling Chuck Norris stories?"

Norris went on to declare that Abbott was "Texas' best hope to fight the out-of-state-attacks that aim to turn Texas blue."

Although an endorsement from Walker, Texas Ranger is great social media fodder, it's not exactly the best predictor of political success. Norris' notable past endorsements include Mike Huckabee in 2008 and Newt Gingrich in 2012.