This month Austin celebrates its 20th Anniversary as the Live Music Capital of the World. Our music scene is constantly evolving, and the Austin of 2011 looks very different from 1991—or 1971, for that matter, when a recently opened Armadillo World Headquarters arguably laid the foundation leading to Austin's Live Music moniker. Today, Austin has music to thank for its reputation as a great city to live, perform and listen in. Looking through the eyes of those who started it, and exploring stories from throughout our history, CultureMap reflects on how the Austin music scene began at the Vulcan Gas company and grew with the "Cosmic Cowboy" sound; we explain why SXSW and the Austin City Limits Music Festival maintain that special, Central Texas character; and we examine what the future may hold as this culture continues its evolution.

Local nonprofit HAAM (Health Alliance for Austin Musicians) provides financial assistance and heath care resources to thousands of working musicians living over 250% below our nation’s poverty line. In a city so dependent on live music to generate revenue and tourism ...

Tuesday, October 4 marks the sixth annual HAAM Benefit Day, a day where all of us—Austin’s music-loving community—can come together in the name of the Live Music Capital. In its relatively short existence, HAAM has become a household name ... 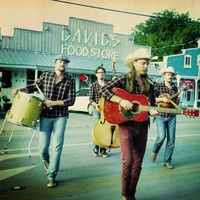