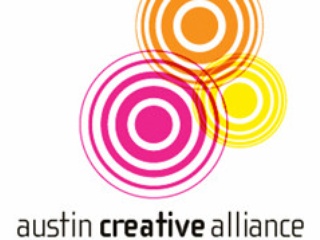 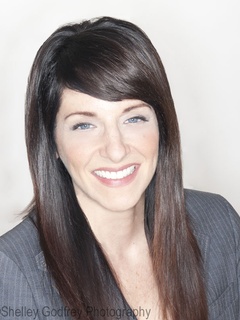 In a press announcement made Friday, The Austin Creative Alliance (ACA) declared that the electric and ever-ready Hoen has been named as the new Executive Director of the arts advancement organization, effective immediately.

The appointment follows the recent hiring of two additional staff members at ACA: Program Manager Alissa McCain and Cultural and Economic Director Christina Martell. Their hires round out the five-person team that handles the day-to-day operations of the Tillery Street office.

Hoen has been the Interim Director of ACA since March, during which time she has made a tremendous impact on the organization and its outreach into the arts community of Austin.

As the East Austin Studio Tour kicks off this weekend, for example, many of the involved artists and galleries have Hoen and her team to thank for their permissions by city ordinance to sell art from their homes. Hoen also helped develop the popular FRAMEWORKS micro-lending funds that support renovations to interested E.A.S.T. art studios.

Finding creative funding solutions for the arts and uniting arts organizations in what she calls “fierce conversations”—a phrase borrowed from author Susan Scott—have positively testified to the past eight months of Hoen’s fearless work. With a clear head for economics and civil engagement, she is delivering honest, absorbable truth to an arts community that sometimes forgets it’s a community.

Throughout the popular Crisis & Opportunity forums the ACA held earlier this year, Hoen advised the gathered arts organizations to accept the changing nature of the playing field and start revolutionizing their approaches by working together.

“As arts organizations, we just can’t be insular anymore,” says Hoen. “So sharing ideas and resources is the only way we’re going to be able to move forward to achieve long term goals.”

Having felt the effects of the downturn in the economy on her own entrepreneurial ventures, Hoen is acutely aware of the struggles faced by the arts professionals she works alongside. “We’re all learning the new definition of what’s ‘normal’ these days,” adds Hoen. “But to be honest, I don’t know if I’d be as engaged if the world weren’t so chaotic.”

To those who see Hoen’s tremendous dedication to this position in the past months, this permanent position should come as no surprise. What may be extraordinary to some is how the hard-working Hoen got herself to this spot, a condition she herself calls “accidental but lucky.”

Hoen jokes that if a work of art could be commissioned to encapsulate her trajectory, it would be of a bronzed foot shoved in a door to hold it open. As a chronic volunteer for arts organizations and think tanks in town, Hoen consistently found the motivation to introduce herself to all the right places and people.

“I said yes a lot, to almost all the opportunities that were given to me,” recalls Hoen. “That’s what got me to Austin. And, looking back, I realize that no work is ever wasted if it’s teaching you something.”

Amazingly, Hoen’s involvement with the arts started not in theater, music or dance, but in neuroscience. A former lab scientist at the VA Hospital in Seattle, Hoen realized that solitary work, no matter how revolutionary, did not feel rewarding if it did not involve some sort of communal, social interaction.

After a bold move to Austin, Hoen fell back on a trade that helped put her through college and began working at a hair salon. Here, she reveled in the community-building possibilities of this service-based environment and dabbled with hosting arts events in the salons where she worked.

Pretty soon, her clients were consulting Hoen for help finding artwork for their homes. Never one to pass up an opportunity, Hoen agreed and began hosting art tours and progressive dinners along West Sixth’s studios. She soon developed a business plan and began a business, Austin Art Start, to represent artists and do private curations of professional shows.

“You really learn as you go,” says Hoen looking back over a career that progressively expanded by leaps and bounds. “The best way to learn something is to figure it out on your own and then teach it to others, so that’s what I did.”

Hoen helped other artists negotiate their first steps of developing business plans through classes at the Bootstrap Network of Austin. She also joined the board of Fusebox Festival, volunteered with Catalyst 8 in conjunction with the Long Center, and helped plan events for the Rude Mechanicals’ Oyster Club. If it involved the arts in Austin, chances are Hoen was involved.

So when ACA Board President David Sandal announced the search for a new Executive Director, Hoen put her name in to the pool. “It just made sense at the time to do it,” says Hoen. “They needed an Interim Director because the position is too important to leave vacant. And I wanted to take that next step in turning what I love most into a full time job.”

Beyond collaboration and mutual support, Hoen is also a major advocate for making your joy your livelihood. “If there are things you’ve always wanted to do, now is the time to do it,” encourages Hoen. “Even if you don’t have all the answers, you have to work continuously through the fog doing what you’re here to do. Take the risks and say yes so that you’ll always stay open to opportunity.”

With her wellspring of optimism, her tireless work ethic and her willingness to name the honest facts, Hoen has been rightly embraced by the Austin area arts community.

In Friday’s press release, Austin Chronicle Arts Editor Robert Faires said, “[Hoen]'s really thrown herself into the work of connecting Austin's creatives, and the initiative and investment in the Alliance's mission that have marked her first months on the job are a good indicator of how far she can take the organization as its permanent director.”

So is it “accidental luck” that got Hoen to this highly respected and influential position? We’d say it was her own constant foot in the door more than any kind of rabbit’s foot.

“There was a recent New York Times article examining the role of luck in the lives of successful people like Bill Gates,” says Hoen with a smile. “Some people see luck and seize it, they take advantage of the joyful opportunities provided to them. It’s called a return on luck. I would say I’m wildly successful and incredibly lucky because I’m so happy doing what I do.”

Whatever you call it, we wish Hoen all the luck on her new venture and look forward to reporting all the exciting developments from the ACA in the years to come.

Go glamping in a luxe RV and set up camp at these cool Texas spots
Chase beachy vibes this summer with an RV vacation to the shore
Swimming holes and wine via a luxe RV: Your Hill Country guide