birds of a feather
Eye to eye: What connects the people of Austin Comic-Con 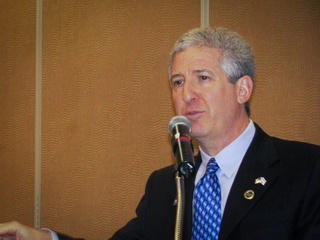 When the Austin Public Library Friends Foundation holds its first-ever Illumine Awards on Nov. 18th to recognize Austin’s best literary talent, Marc Winkelman will be the only honoree who isn’t there for his writing chops. Instead, the Austin-based bookstore owner, businessman and philanthropist will be acknowledged for the role he plays in keeping books—the ones still printed on actual paper—alive.

Winkelman is part owner of the literary journal Kirkus Reviews, part owner of Tecolote Books in Montecito, California, and CEO and co-founder of Calendar Holdings, which places pop-up bookstores into shopping malls and vacant spaces around the U.S. every fall. The company is rolling out a new line of stores, Bookexpress, this holiday season, featuring even more books, calendars and games.

Winkelman is also well known in philanthropic circles, specifically for his work with the Texas Book Festival.

“I love the world of books, even though it’s shifting dramatically,” says Winkelman, whose own love affair with the book business began in the late 70s when he opened a store in Detroit. Today, he’s the first one to admit that it wasn’t necessarily the smartest venture.

“It’s no way to make money, I’ll tell you that. It’s a very tough way to earn a living. I give a lot of credit to people who really commit their lives to being in bookstores or libraries for that matter,” he says. “I was sort of forced out of the book business by reality, i.e., I couldn’t make a living at it.”

He found his niche—and way to make money—when he co-founded Calendar Holdings in 1993. The company started with 62 stores, and today operates more than 1,200 stores from its headquarters in Austin.

“Opening these stores gives us another opportunity to have another element of our business,” he says, “and it makes books available in communities that may not have bookstores right now.”

Winkelman could easily do business from the literary capital of the U.S., New York, but he says Austin is no literary schlep.

“Austin has always been a very literate city,” he says. “You’ve got people who really like to read here, you’ve got a big university and other smaller universities in the area, and you’ve got a lot of great writers here. And because of the university and the capital and now the Texas Book Festival, we get a fabulous range of people who visit Austin to talk about books or to do research here to write…. I think Austin is just a remarkable town.”

And for a book lover with an entrepreneurial spirit, you might expect Winkelman to praise the immediacy of online publishing, but he’s still married to his first love—the paper book.

So, what’s on his nightstand? Here’s a selection of Winkelman’s literary playlist.