PIcture This Pup
APA!'s Jasper is one pup we can't believe hasn't found a perfect home 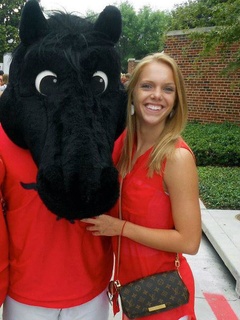 On March 18, an SMU student was found dead in her off-campus apartment. Hannah Catherine Moss, 20, was a member of the track and field team and sophomore communications major. An Austin native, Moss graduated from Lake Travis High School in 2012, and broke school records as part of the 400-meter relay team.

Her body was discovered at The BLVD apartment complex around noon on Tuesday in the 5600 block of SMU Boulevard in Dallas. Police broke down the door at Moss' apartment in response to a welfare check requested by a friend.

According to an official statement from the university, the cause of Moss' death has not yet been determined, but no foul play is suspected.

"The university extends prayers and condolences to Hannah's family, friends and loved ones during this difficult time. SMU counselors will be available to help students, faculty and staff grieving her loss," the statement reads in part.

She is survived by her parents and two younger siblings.