In The News
APD says man broke into a home and raided the fridge
LATEST NEWS
Minions: The Rise of Gru finds the fun by going back in time
Not-So-Friendly Neighbor 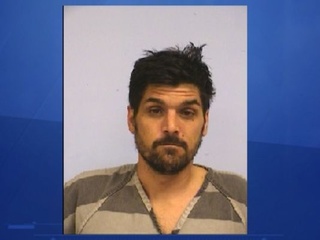 One South Austin man allegedly took his dispute with a neighbor to the extreme when he thought his neighbor was trying to "get into his head."

According to an arrest affidavit obtained by KVUE from the Austin Police Department, Steven Anthony Garza stormed into his neighbor’s yard around 7:30 pm last Thursday with a bone to pick.

The neighbor, Matthew Hammons, was using a personal ham radio to talk with his father when Garza came into his yard making "aggressive" hand gestures indicating that he wanted to fight.

Garza proceeded to break Hammons’ radio antenna and headbutt his neighbor, at which point, Hammons, fearing for his safety, ran inside his house. While inside, Hammons watched as Garza threw his personal Yaesu 857D radio and DJI Phantom drone over a fence, resulting in more than $4,000 in damages.

When police arrived to arrest Garza, he told officers what caused him to go on such a rampage. Garza said that Hammons was using his equipment to spy on him and using “triangulation” to speak to him in his head.

Garza was arrested on charges of assault causing bodily injury and criminal mischief. As of Tuesday evening he remained in Travis County Jail. His bond is set at $10,000.