What to watch: Comedy from Italy, coming of age in New Zealand and inspirational American football on Austin screens

What to watch: Comedy from Italy, coming of age in New Zealand and inspirational American football on Austin screens 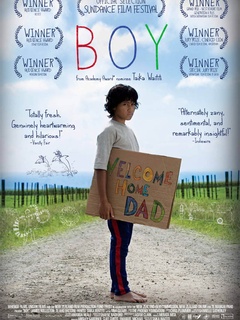 From Europe to Tennesse, this week's indie and foreign film choices cover a great deal of emotional ground providing a typically rich weekend of cinema in Austin. This weekend try to make a point to see a quiet Italian comedy about the late-life search for a mistress, a New Zealand coming-of-age tale and a documentary about a troubled footballs team's quest to overcome every adversity thinkable.

This Weekend at Violet Crown

Turning a sharp eye towards contemporary Italian life and the foibles of love during the twilight years, Gianni Di Gregorio (Mid-August Lunch) has created The Salt of Life (presented at Violet Crown as part of Austin Film Society's Selects series). Giovanni (Di Gregorio), a man in his 60s who was forced into retirement a decade earlier, is surrounded by women who are all (for the most part) kind to him but even his wife doesn't seem to actually love him anymore.

He has one true friend, Alfonso, who encourages Giovanni to take one last crack at physical love and, like every other older gentlemen in Italy, take on a mistress. Of course, he finds himself making little impact in the field of love in this subdued, astute comedy.

This Weekend at Regal Arbor Cinemas

From New Zealand comes Boy, a film that lacks no insight for its short running time. It's a coming of age tale centered on a Michael Jackson-loving boy (played by newcomer James Rolleston) who also puts his absent father, Alamein (writer-driector Taika Waititi), on a high pedestal. When Boy's father resurfaces one day it would appear all his hopes and fantasies are indeed real; but what he tragically doesn't realize is that Alamein — an ex-convict with a maturity level about on par with that of his son's — is only there to recover some money he had hidden before being incarcerated.

Boy — the highest grossing film in New Zealand history — filters heavy truths of the burning need for parental guidance as one comes of age through the surprisingly familiar lens of youthful hope to create a charming film despite its underlying sadness.

Undefeated, winner of this year's Best Documentary Oscar, opens Friday. It profiles Manassas High School football in North Memphis, a severely underfunded team in an area that was devastated by the closing of the local Firestone plant. At the beginning of the film the team, used to seasons with only a single win, has never made it to a single playoff game though they have been trying for 110 years. Volunteer coach Bill Courtney is in his sixth season, and it appears his persistence and mentorship (which seems to be taking its toll on his own family from whom he must be away most nights) is finally turning things around.

This inspirational documentary focuses on the natural metaphors found in Manassas, showing that the hopelessness and despair of its football team has a weakness at it center, a undying pilot light of ambition that can be used to spawn the flames of victory.

Every once in a while the Alamo Drafthouse's weekly Terror Tuesday series hosts a screening of a true masterpiece. Such is the case this Tuesday (4/10) with Sleepaway Camp. The plot sees a troubled young girl named Angela going to camp for the first time since a boating accident killed her family. While there, a bizarre serious of murders turns things upside down. It's a typical slasher setup that culminates in one of the greatest, most shocking and unforgettable reveals in all of horror history.