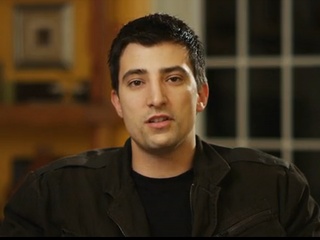 When Marko Slavnic was an eight-year-old living in the part of Yugoslavia that is now Bosnia, his father got a Fulbright to come to the United States. The family packed up just two suitcases for their nine-month stay.

Right after they arrived, however, war broke out back home. The family was unable to return.

Now, 20 years later, Slavnic still lives in Austin, and the Bosnian War is still a huge part of his identity. He is currently raising money on Kickstarter to finish his first feature film, called All That Remains, about two brothers revisiting Bosnia years after the war. Their father has died, and they are tasked with scattering his ashes back home.

Slavnic didn’t always want to write about the war, however. “For the longest time, I told myself, ‘I’m not going to do a film about the war,’” he says. “I want people to look at my country as something other than the war.”

Yet in 2009, when he won the $100,000 grand prize in the Nikon Film Festival and decided to use the prize money to make his first feature film, he was not able to look past his experience with the Bosnian War.

“I want people to look at my country as something other than the war.”

“I realized it’s kind of [Bosnian filmmakers’] fates,” he says. “Coming from Bosnia and going through all that, it’s a huge part of you, and … you can’t ignore that part of yourself. It’s there and it’s screaming to get out.”

As a kid, Slavnic’s understanding of the war back home was incomplete, and his parents tried to shelter him from it as much as possible. There’s one moment from childhood, though, that stands out to him, and that later became a scene in All That Remains.

He remembers playing with Legos with a friend in his bedroom at nine years old, and his mom getting on the phone to a friend back home. “She started speaking in Bosnian and started to cry, and I could tell that something was wrong,” he recalls. “I knew that somebody close to us had died, and I remember sitting there thinking about all the people [it could be] — is it Grandma, or this person, or this person, and when I was a kid, that’s when things started to come into focus.”

The idea of personalizing the war is also what Slavnic hopes will resonate with viewers of his film, many of whom may not be familiar with the war in Bosnia outside of TV reports and newspaper articles.

“We read about some horrible thing that happens, and we look at it and go, ‘That’s really horrible,’ and then we go on with our life,” he says. “And that’s normal — you can’t sit here and fall apart at every piece of bad news you read, but it’s those moments when it actually connects to you, those horrible events you read about — you realize they’re real.”

Slavnic wrote the script for All That Remains a year ago, and in October, he and just three others went primarily to Croatia and Bosnia for three weeks to film the European portion of the film. Slavnic is excited by the possibilities for filmmaking opened up by new, high-quality but relatively inexpensive cameras.

"You can’t sit here and fall apart at every piece of bad news you read, but it’s those moments when it actually connects to you, those horrible events you read about — you realize they’re real.”

“We literally took a camera and two actors and a sound guy, and we just were like, ‘Fuck it, let’s go make a movie,’” he says.

The filming was done largely without permission or permits, and Slavnic was worried that the crew was going to get kicked out, arrested or have their camera taken away during filming.

“We went to the Coliseum and the Roman Forum, all these insane locations that you would never get permission to film in,” he says, “but because it was such a small crew, most people didn’t notice, and the ones who did were just curious what we were doing.”

Upon their return to the United States, they were planning on filming the American portion of the film right away; however, the lead actor ruptured his Achilles tendon and couldn’t walk.

Instead, they decided to take the extra time to raise money to hire an editor and other postproduction help. All That Remains is on Kickstarter until May 10, and as of this writing still needs over $8,500 to be funded. The film is expected to be released in August of 2013.