Austin boasts 5 of the smartest private schools in the state

Austin boasts 5 of the smartest private schools in the state 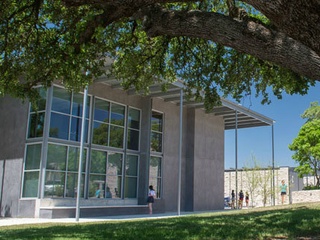 St. Stephen's is one of the smartest private schools in Texas.  Photo courtesy of St. Stephen's Episcopal School

There are some pretty smart kids graduating from local private schools, according to a new report. Niche, a database of information about schools, has ranked the best academic private schools in Texas, and five Austin schools land in the top 50.

At the top of the list is St. Stephen's Episcopal School, ranking No. 6 in the state. St. Stephen's students scored an average 2040 on the SAT and 31 on the ACT, notes Niche. The school's four-year matriculation rate is 99 percent.

St. Andrew's Episcopal School is the next Austin representative on the list, coming in at No. 15. The school has a 100 percent four-year matriculation rate, an average SAT score of 1940 and an average ACT score of 29.

Rankings were based on achievement statistics and opinions on academics students and parents. Using the data, Niche also released a list of the smartest private schools across the country. St. Stephen's is the lone local representative on that prestigious list, coming in at No. 58 in the U.S. To view the full report, visit Niche.