Promoted series are produced by CultureMap sponsors and not by the editorial staff.
Home » Innovation

Picture perfect
The Mommy makeover: Getting your body back after baby

The Plush Bus
No more trips to Houston: Megabus cancels one of its $1 routes
LATEST NEWS
Shake it off at this Taylor Swift dance party in Austin this week
Picture perfect

Getting Botox right: Reading between the lines

Getting Botox right: Reading between the lines 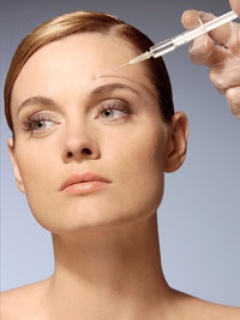 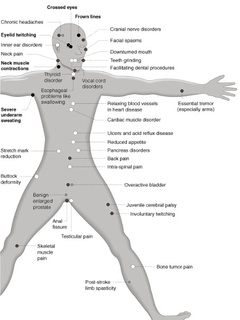 (Source: NY Times) The Body Botox: Botox, a purified form of botulinum toxin, is approved for five uses in the United States and another 16 uses in some 80 other countries. Courtesy of The New York Times

The "eyes are the window to the soul", so if you’ve ever looked at old photos of yourself then you know how laugh lines, forehead furrows, and bags under your eyes can give away secrets about your age, even if your soul feels young.

Enter the age of Botox, the great equalizer and maker of younger looking faces (fast!), and the only toxin that's said to boost self-esteem.

Used to produce a smoother-looking brow and forehead, Botox (a purified protein derived from the botulinum toxin) is given via tiny injections directly into the muscles of the brow and around the eyes. As the nerve signals are restricted, muscle movement is diminished until facial lines begin to fade.

Botox is effective on moderate to severe creases for stubborn wrinkles between the brows, but is not a permanent solution. The treatment will need to be repeated, usually every 3-4 months to keep lines from returning.

The key to a natural and beautiful look after injecting Botox is often found in the technique and skill of the injector.

Botox is a popular minimally invasive procedure that has gained massive popularity in the past decade. With its reported 2.6 million cosmetic treatments last year alone, Botox is arguably the biggest advance in anti-aging since cold cream, a contribution made by the Greeks back in the second century. Botox is one of the most popular cosmetic injectable procedures I perform, and is routinely asked for by everyone I know!

The use of Botox as a wrinkle reducer goes back to 1987 when an opthalmologist in Vancouver, Canada named Dr. Jean Carruthers was injecting botulinum toxin near the brow of a patient who suffered from uncontrollable eyelid twitching, or blepharospasm.  Her patient requested another shot of the poison and pointed at a spot on her forehead. But you’re not having problems there, the doctor responded. Yes, said the patient (a woman in her late 30s), but when you inject me there, my wrinkles go away.

That evening Dr. Carruthers had dinner with her dermatologist husband who listened with skepticism when she told him of the patient's unusual request, so the story goes. At the time, treating twitching facial muscles or a case of crossed eyes with small amounts of Botox was becoming common practice, but using it to alleviate facial wrinkles was virtually unheard of. Dr. Carruthers went to work the next day and convinced her receptionist to get injected with what would become the first Botox treatment for frown lines. Once her husband saw the wrinkle-free receptionist, he was a believer too.

While the ability to inject a youthful appearance back into scores of celebrity and non–celebrity faces was discovered in the late 80s, it wasn’t until 2002 that Botox received FDA approval for cosmetic treatment of wrinkles between the brows.  As more research was conducted, it was found that Botox temporarily cures excessive sweating of the underarms and palms (hyperhidrosis) and helps to reduce the muscle spasticity associated with cerebral palsy. In short, Botox became a major blockbuster of a drug (Allergan, Irvine, CA).

Botox’s star will continue to rise if it gains FDA approval for migraine treatment, already a popular off-label use. In fact, the assortment of off-label indications for Botox is growing, and in foreign countries the drug is officially approved for several uses not yet approved in the US.  The New York Times created an impressive body chart to graph the many points of entry by which Botox is now being used therapeutically and for aesthetic reasons (see graphic).

There are two sides to every story, though: Botox has survived some instances of negative press over the years, including news of a backlash from casting agents tired of seeing starlets trying to express something other than happiness or surprise; the fear that Botox treatments could become addictive, and now a focus on the tell-tale "bunny lines" above and on either side of the nose or peaked eyebrows like the Joker, seen as the attempted compensation of the unrestricted muscles that are adjacent to an area of injected nearby, paralyzed muscles.

The key to a natural and beautiful look after injecting Botox is often found in the technique and skill of the injector. When you consult with our practice, Dr. Jennifer Walden will examine the wrinkle pattern of your forehead as well as around the eyes and nose and develop a plan for your cosmetic treatment individualized for your facial anatomy. A conservative yet effective targeted dosage with administration of Botox to the key muscles causing your frown lines or crow’s feet will help to create a youthful look without any of the tell-tale signs described above.

So what does the future of Botox hold?  It’s safe to say that Botox and cell phones are two things that we love and aren’t going away. Botox is consistently the most popular cosmetic procedure performed in the U.S. year in and year out, but now the brand faces more competition from Dysport, another purified form of the toxin (Medicis, Scottsdale, AZ) that is gaining popularity.

Also, a new topical gel containing botulinum toxin type A may soon be available to smooth away wrinkles without the pain (and possibly stop excessive underarm sweat). The product, created by Revance Therapeutics in California, has undergone two clinical studies showing promising results with few side effects.

For the product to take effect, a patient needs to sit with the gel around the eye area for 30 minutes before it is wiped off. The gel works by penetrating the skin to "relax" the underlying muscles, similar to Allergan's Botox or other cosmetic injectables, including Dysport and Xeomin. It may not be as effective or precise as injecting the traditional Botox into the muscles of the face, but the trade off is obvious: no needles!

If you are interested in Botox Cosmetic injections for either wrinkle reduction or any other cosmetic dermal filler or procedure, please call (512) 328-4100 to schedule a consultation with Dr. Jennifer Walden. Dr. Walden is a board certified plastic surgeon who is formally fellowship trained in cosmetic surgery. She resides and practices in Austin, Texas. Click here for the Map Details page.

(Source: NY Times) The Body Botox: Botox, a purified form of botulinum toxin, is approved for five uses in the United States and another 16 uses in some 80 other countries. Courtesy of The New York Times