Battle of the 'Network' Stars
The East Side Performance Network teams up for the sexiest battle of the century
LATEST NEWS
Minions: The Rise of Gru finds the fun by going back in time
Where my girls at? 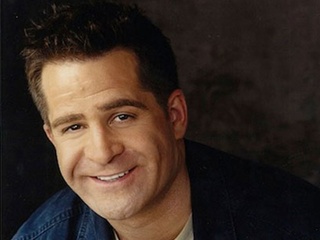 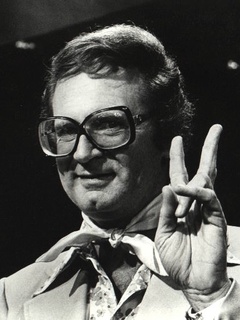 When I sat down to write this, I was ready to write about the dearth of openly gay male stand up comedians in the world. Because when the hilarious Todd Glass came out on WTF, my immediate reaction was “Yes! We got one!”

One. Like I was living in a drought of gay comedy, and Glass coming out was the first non-ANT drop of water since Charles Nelson Reilly.

It’s curious because I can name a dozen lesbian comedians off the top of my head. And there are superstars of stand up like Kathy Griffin and Margaret Cho who gay men spend big bucks supporting, but from what I knew, there were no gay guys telling jokes outside of gay bars.

Turns out: I’m wrong and I'm part of the problem.

For some context, I have been a fan of stand up comedy for almost my entire life. My parents were never careful about what their kids watched, so I saw Eddie Murphy: Raw way earlier than I should have. That also means that as I sat hypnotized by Murphy’s purple leather ass, I heard the word “faggot” before I knew what a gay person was.

For better or worse, good stand up is where the ugly truth and the mean subconscious come out.

Stand up can be a harsh, homophobic place. For better or worse, good stand up is where the ugly truth and the mean subconscious come out. My father is a huge Sam Kinison fan, and I was as afraid of him as a child as I was of the Trash Heap from Fraggle Rock.

And it’s like a children's playground all over again at comedy open mics. I started doing stand up almost exactly one year ago and I am in love with it: with the comedians in Austin, with the people at Cap City and the Velveeta Room, with the scene in general.

But everything you’ve heard about open mics is true. At open mics, "fag" jokes are low-hanging fruit for comedy punchlines. I can name some brilliant, hilarious gay jokes written by the straightest of Austin’s comedians, but at open mics the point of the jokes isn’t always good-natured. Sometimes, the point of the joke is just getting to say “faggot” for a laugh.

It's incredibly important for a stand up to have comic heroes. Geniuses like Phyllis Diller make young women think that they can and should be stand ups. Gods like Richard Pryor convince young black comics they, too, can become giants in film and comedy. Ellen and Wanda come out of the closet and lesbians become hilarious.

So in my laziness and ignorance of non-lesbian gay stand ups, I had incorrectly concluded that comedy must be a harsh, homophobic industry that brutalizes new gay guys like me until they just can’t take it; that only Ellen DeGeneres and Wanda Sykes get to be the new Oprahs.

I took to the internet to confirm my suspicions and was surprised to find that, actually, there are more than a few hilarious, talented, respected comic who also happen to be gay men. I'd encourage you to find out about Todd Glass (whose material isn’t really "out," exactly), Chip Pope, Adam Sank, Vidur Kapur, Gabe Liedman, James Adomian and Brad Loekle. (And please, leave more recommendations in the comments, too.)

I hope Glass’ interview on WTF is a first step towards gay comics’ careers taking more of the spotlight. I really hope his coming out will teach more gay men how much we are missing by not engaging with the brilliant comedians who come from of the same communities we do.

So of course there are tons of gays in the industry who do/have done stand up as part of their career. Now, it's up to fans of comedy to embrace those that have laid the groundwork — and then, to become a role model myself.

Headwaters: Where the stars — and homes — are big and bright in Dripping Springs
Pemberton Heights: An eclectic neighborhood where old meets new
Central Austin: A trio of historically elegant neighborhoods with lots of style