staying healthy
Don't wait until it's too late: Practice health care rather than disease care

cheap thrills
Date on a dime: A few budget-friendly ideas to hold you over until the next Hallmark holiday
LATEST NEWS
New Texas beverage company does ranch water with an extra kick
real talk

The Happy Trap: How an irrational fear of unhappiness can, and does, backfire

The Happy Trap: How an irrational fear of unhappiness can, and does, backfire 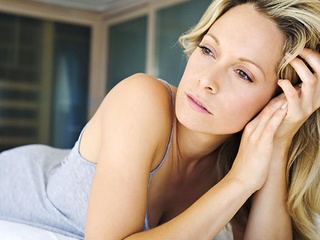 I recently heard about a couple, Justin and Lindsay, who are divorcing after just a few years of marriage. The problem? Lindsay isn’t happy. That struck me as a pretty flimsy reason to get a divorce. By all accounts, they seemed to have it all. They didn’t rush into marriage, but dated for a couple of years first. They got along really well. They took exciting trips together. They had good jobs and ample income. And yet Lindsay just wasn’t happy.

I am not anti-divorce, nor do I believe that divorce is only acceptable when there are extreme circumstances like abuse or infidelity. Having been raised by parents who had a bad marriage yet stayed together until all the kids were out of the house, I can say with 100 percent certainty that I wished they had spared us that “favor.”

But there’s a difference between ending a marriage because the relationship is miserable and ending one because someone just isn’t happy. And I have to wonder if we check back in with post-divorce Lindsay down the road — say in a year or two, or even five or ten — will she be happy then? According to a recent story by Lori Gottlieb in The Atlantic magazine, the answer is likely no.

But Lindsay isn’t to blame, nor is she alone. There are a lot of Lindsays out there: Young adults who are caught in the Happy Trap. Contrary to how it sounds, it’s anything but fun. These young adults had stable upbringings, went off to good colleges and got solid educations, then graduated and became gainfully employed. They get along well with their families. They have a wide social circle. They have good relationships. They have nice things. And yet, they are not happy.

According to recent stories and studies — most notably Gottlieb’s "How to Land your Kid in Therapy" — our awesome parenting may be exactly what is putting our kids on the fast track to a quarter-life crisis. Gottlieb observes that parents of the current generation of twenty and thirty-somethings were there for their kids in a way that previous generations of parents never had the luxury of even dreaming of.

These parents read up on child development and parenting theories. They were involved in their kids’ projects. They chauffeured them around to every lesson, game, event and social obligation on their ridiculously over-packed schedules. They bird-dogged their kids’ social lives and got involved when it seemed necessary. If there were problems at school, they scheduled conferences. And the Lindsays of the world are very grateful for all that their parents did for them.

Nobody really noticed that this was a problem until these kids moved out of their parents’ houses and tried to function as independent young adults. According to Gottlieb, these young adults began showing up on therapists’ couches complaining of feeling empty or depressed or adrift or just plain not happy, and they had no idea why. Being not happy is an emotional state that they have been conditioned to interpret as being unhealthy, yet they don’t have a clue about how to “fix” it. The expectation to always be happy puts these young adults under constant pressure. When they are unhappy, they feel like they are failing — and even possibly letting their parents down.

To complicate matters even further, when these young adults couple up, the Happy Trap can sabotage their relationships. Typically, at the onset of any relationship the couple is head over heels; but over time that giddy feeling fades as the couple settles into the day-to-day realities of life. But the Lindsays of the world misinterpret the initial over-the-top happiness as “normal.” And when that giddy feeling recedes leaving them merely content or satisfied, instead of recognizing this as a healthy progression, they interpret it to mean that something has gone wrong.

What a terrible trap for all of the Lindsays of the world — to say nothing of the Justins. They have been programmed to have an impossibly inflated emotional baseline. A healthy emotional spectrum includes happiness on the high end, satisfied or content somewhere around the middle and sad or mad toward the low end. If you never feel content or sad or mad or bored or frustrated or anxious or scared or despondent, how can you appreciate the times that you are lucky enough to be happy?

If you are a Lindsay and believe you are caught in the Happy Trap, don’t fret. On second thought, go ahead and fret because that’s a normal emotional reaction to learning you have a condition that you need to address. But don’t get crippled by despair. There are steps you can take to get out of the Happy Trap. This isn’t something your parents can do for you, though — it’s going to require actual effort on your part.

Here are the steps:

1. If you find yourself experiencing an emotion other than happiness, don’t panic. Know that the mere fact that you are experiencing a negative emotion isn’t in and of itself an indication that something is wrong with you. In fact, it is a sign that you are normal.

2. If you are sad or mad and you know the cause (say, you’re sad because your cat died or you’re mad because your best friend flaked out on you at the last minute and you had to go solo to that cooking for two class you both signed up for as a team) ride out the feeling. It’s perfectly okay to have a negative emotional reaction when something like that happens. Take comfort in the fact that this experience will help you to appreciate happy times all the more.

3. When it comes to your romantic relationships, know this: It is not your significant other’s job to be your personal butler of bliss. If you find yourself expecting this, know that it is the illness talking.

4. When you go through hard times in your relationships or in life, realize that the organic scraps and remnants of these tough experiences serve as emotional compost for you down the road, nourishing your relationships, strengthening your roots and stimulating new growth.

5. If you bail on your relationships when you hit a rough patch or try to avoid feeling any emotion other than yummy happiness, understand that you are cheating yourself out of a life with real depth and dimension and sentencing yourself to an emotional diet that is the equivalent of an actual diet where you limit yourself to only eating out of a vending machine: It may taste good for a minute or two, but before long you’ll start to feel sick and eventually you’ll be plagued by chronic illnesses like diabetes and your life will be a living hell.

6. When it comes to your own kids, commit yourself to breaking the cycle. Rather than striving to make them happy, help your kids to develop the tools they need to be emotionally healthy. Raise them with the expectation that being normal and well-balanced means experiencing a wide range of feelings. That range includes happiness to be sure, but it includes a lot of other feelings, too.

7. And last but not least, if you find that you are mad at your parents about your condition, that’s understandable. But don’t stay mad forever. After a while, work on forgiving them. After all, they just want you to be happy.