introducing
Sex and the Capital City: Confessions of a serial non-dater

in the news
ACTA: The international trade agreement that makes SOPA look like a parking ticket
LATEST NEWS
Austin named No. 2 most overpriced housing market in the U.S.
hipstercrite says

For the love of nerds: Why I've always crushed on uncool guys

For the love of nerds: Why I've always crushed on uncool guys 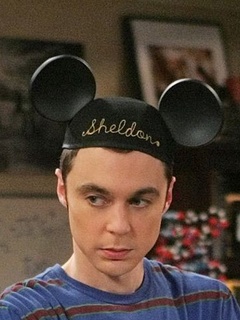 Ever since I was a little girl, I loved nerds.

The thicker the glasses they wore, the better. Even more attractive than coke bottles was social awkwardness. At eight years of age I loved my men weird and near-sighted.

When most of my peers were carrying notebooks featuring the profiles of NKOTB, I was doodling the name, "Mrs. Emmett Brown" over and over in my notebook. A few years later, I would lay my plastic figurine of Jeff Goldblum as Dr. Ian Malcolm on my pillow and whisper made-up paleontology talk in his dog-nibbled ear. At sixteen I would catch myself losing complete control of my bladder while watching David Byrne dance in the concert documentary Stop Making Sense. Every time he would flail his arms around or choreographically trip, I'd seal clap in delight.

Even now, my boyfriend is what I describe as a "nerdy cowboy." Social discomfort is not something he suffers from, but what he lacks in awkwardness he makes up for in his math degree and his desire to move to space. He never leaves home without a pen in the pocket of his pearl snap shirt. I love it.

Before I met my nerdy cowboy, I used to dream of marrying Rick Moranis. When it wasn't Rick, it was Harold Ramis.

Marrying nerds is ok. Marrying a man-child who wore make-up and talked to furniture is not.

Sometimes I'd dream I was married to all of them at once and we'd live in a compoud in Los Alamos, New Mexico where we would make scientific concoctions from Ecto-Cooler and dirt.

I'm not sure what began my love of nerds, but it's not hard to imagine why it developed. Nerds are sexy. They don't give a crap about what other people think because they don't pose the social skills to acknowledge what other people think. Nerds do their own thing because they have an OCD-like passion for topics that others have difficulty understanding or relating to. They wear ironic clothing non-ironically and their higher IQ and seeming indifference makes them come across as a confident bad boy. Even if they only weigh 109 pounds and their translucent skin has never seen the light of day.

Hell, every girl I know would jump into the pants of Walter White given the opportunity.

And I know I'm not alone in my love for nerds. The rise of the nerds has been growing with steady speed over the past few years. While, at one time, the nerds were considered the annoying comic relief of the story, they're now being lauded as the sexy hero. I didn't realize how popular the character Sheldon Cooper from The Big Bang Theory was until his owner, Jim Parsons, made a cameo in The Muppets and the entire female population of the audience simultaneously let out a noise that sounded like air being released out of a balloon.

Hell, every girl I know would jump into the pants of Walter White given the opportunity.

Non-nerds have taken cue of women's love for the nerd and have begun implementing the personality traits of Max Fischer, the stylings of Duckie and the cultural musings of Alvy Singer into their daily life. This is enough to fool some women into believing that she is indeed courting a nerd rather than a wannabe and has caused blurred lines within the nerd community on who is who.

But a true nerd lover knows a nerd at the core. Being a nerd is not something you can devleop, it is part of your blood and soul. It is the cross you bore throughout grade school when you found yourself face first in the toilet bowl, but all of that has paid off.

Now, you are the kings of society — and we hail you.

West Lake Hills: A life-long resident reveals his favorite spots
Headwaters: Where the stars — and homes — are big and bright in Dripping Springs
Leander: Space to spread out and its own vibrant downtown