Stop the war on women
Commentary: How to fight the shockingly ignorant legislative attacks on women's health

around the office
What we’re into this month: CultureMap staffers share the stuff we’re loving in March
LATEST NEWS
Nation's largest motorcycle rally stalls out in Texas due to COVID-19
On the Road

Traveling to Europe for the first time: Will John Stamos be waiting for me?

Traveling to Europe for the first time: Will John Stamos be waiting for me? 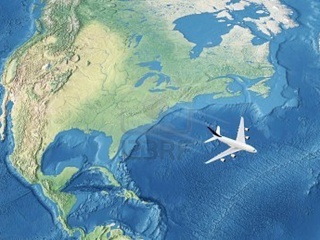 Today my boyfriend leaves for a three-month stay in Portugal. I'm not happy about it.

I've spent the past weeks devising a plan to run screaming out onto the tarmac in a rabbit costume before his plane leaves the gate. I figure that a rabbit costume is not threatening enough to get me detained but disorienting enough that the pilots will feel compelled to take reschedule the flight for the next day. Since I won't want him to leave the next day either, I'll have to keep doing this every day, which will be how the myth of the human-sized bunny of Austin-Bergstrom International Airport will emerge.

The one good thing about him heading to Europe is that I will have an excuse to visit, if I have the money.

Currently I have a mouth full of cavities and self-employment taxes I need to pay, but I think my mouth and livelihood can take a backseat to Europe, right? I mean, I'm young and I need to take these opportunities while I still can — even if that means people mistake my mouth for that of a meth addict's (I blame the acid from my constant agita).

The flight to Europe is not such an easy feat for me though. I have a secret to share: I've never been anywhere outside of North America. Sure, I've seen heaven in the form of the Tillamook Cheese Factory in Tillamook, Oregon. I've driven through the barren wasteland known as The Salton Sea in California. I've gone crabbing in Maryland; marveled at the architecture of Chicago; spotted bears in Banff, Alberta; thought I was going to be murdered in a truck stop motel in Lordsburg, New Mexico; gotten lost in New York City; and stared at prostitutes in Las Vegas and Mormons in Salt Lake City, Utah. My adventures through our great nation have been exciting, but I've never taken the great leap overseas.

In the past, money was the reason why I never flew anywhere outside America. (I still don't have money, but now I pretend that I do.)

The issue really preventing me from flying these days is fear. I'm absolutely bonkers before flying in an aircraft. I'm convinced that my fifth sense tells me each time before I or someone I know flies that the plane is going down in a SOMERSAULTING BALL OF FLAMES.

This fear is due primarily to the brilliant night I sat at my computer reading every single plane crash in the history of mankind on Wikipedia. A page like that does exist and instead of being titled "Aviation accidents and incidents," it should be titled, "An excellent way to become fearful of everyone and everything." Trust me, you will NEVER WANT TO READ this Wikipedia entry for it will create a future filled with anxiety every time you see a plane in the sky, hear someone mention the word "plane" in a conversation, or anytime you meet anyone in general.

Life was really freakin' good before I found out about this Wikipedia page existed, and now everything is RUINED.

Because I want to see my boyfriend, and because I'm tired of getting pitiful looks from people when I tell them I've never been off the North American continent, I will hunt down a magical prescription for Xanax and I will get on a plane.

Visiting Europe was not something that appealed to me when high school friends were going abroad to places like France or Spain. I wanted to go to someplace more exciting like South Africa or Colombia (until I read the Wikipedia page "List of countries by intentional homicide rate"). Now I'm perfectly fine with visiting Europe. In fact, after I watched a marathon of The Godfather, I decided that the #1 place I need to visit in the world is Sicily, as long as I don't change my name to Apollonia and start confusing the days of the week.

I'd also like to go to Greece because it essentially looks like what I imagine heaven to be like, next to the Tillamook Cheese Factory, of course. If we can pick up and put the Tillamook Cheese Factory in Greece, then I'm certain that is where I'll end up when I die. I also secretly hope that everyone in Greece looks like John Stamos and they all sing "Kokomo" late at night around bonfires on the beach.

Maybe we can go to Berlin as well and I can live out my fantasies of being Sally Bowles from Cabaret!

Anyways, this post stands as my testament that I will one day get my butt to Europe. Even if it means I will have to sedate myself and check in as cargo, I will do it. As long as my boyfriend, John Stamos and cheese will be waiting for me once I land.