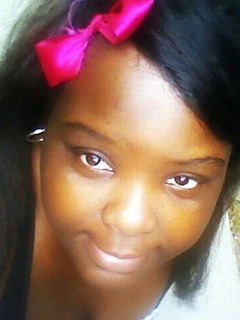 Such is the curious case of Charity Anne Johnson, a 34-year-old Texas woman who we can only assume didn't hate high school enough the first time around. Johnson was arrested on Sunday in the East Texas town of Longview after a few strange facts came to light, mainly that she was allegedly a 34-year-old grown woman pretending to be a 15-year-old high school sophomore. (The Associated Press states that police say Johnson is 34, although jail records list her as 31.)

According to KLTV, Johnson had been attending New Life Christian School as a 10th grader since October 2013. Using the name "Charite Stevens," Johnson was reportedly able to enroll despite a lack of transcripts by telling school administrators that she was previously home-schooled. If the B-roll on the KLTV video is any indication, Charite was really crushing sophomore year, too, earning 100 percent on a literature test.

In March, she was taken in by Tamica Lincoln after telling Lincoln that she was abused by her biological father and in need of stable housing. During their time together, Lincoln says she went so far as to attend teachers meetings on behalf of Johnson, as well as buy her clothes and shoes.

It was while living with Lincoln, and being mentored by Ray Ward, that questions about Johnson's real age were raised. The pair took their concerns to authorities, who arrested Johnson at an area apartment after she allegedly gave them a false name.

As news of Johnson's arrest spread, KLTV reports that reaction at the school was shock, with both teachers and students breaking down in tears. Johnson is currently being held in the Gregg County Jail on a $500 bond for failure to identify/ giving false information.

If you can't possibly wait to see what happens in this case, there really is an SVU episode that deals with this exact story line. Instead of a 34-year-old, the woman is 28 and she ends up getting hit by a car and having her jaw wired shut. So, there you have it.