Leaping horror: On the hateful plague of crickets terrorizing Austin

Leaping horror: On the hateful plague of crickets terrorizing Austin 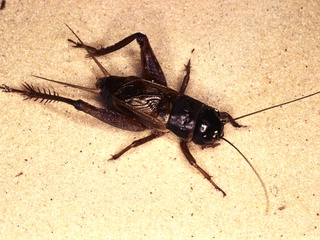 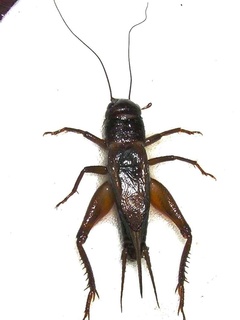 Don't know if you've noticed, but crickets are invading Austin. Chances are you’ve probably already seen them swarming around town, out of the corner of your eye, gathered in large groups or scurrying down a hallway.

Known more kindly as an orchestra of crickets — the official collective noun for the tiny musicians — they have become a growing nuisance to Austin and a few surrounding cities these last few weeks.

As one of the cockroach’s nearest relative, the sight of crickets invading your workplace, your home and just about everywhere you go is (rightfully) disturbing. They were, after all, one of the plagues sent by God into Egypt in the Old Testament. (And as I write this, there is one lurking just a few feet away.)

This explosion in the field cricket population can be traced back to our unseasonably warm Winter and Spring, along with the recent rains have sent them into an early mating and egg-hatching season.

Crickets don’t cause any serious damage, unlike Austin’s other summertime pests like fleas and mosquitos, which crickets actually include on their summer menu. But the brown hoppers are generally unpleasing to see piling up en masse outside of the sliding doors at the H-E-B.

Most unpleasant: the constant chirping sounds coming from the walls, the acrid smell of dead crickets, the occasional buzzing by your ear and the eventual cleaning up of a large herd of dead insect carcasses.

There isn’t much you can do to escape the mini cricket plague, but there are a few things you can do to help deter them from your home:

The good news is: the infestation won't last long. The orchestra's finale is right around the corner and the spike in the cricket population will be diminishing in the next few weeks. Let’s just hope these crickets make it up to us by taking out the oncoming plague of mosquitos.

Downtown Austin: Where the city's movers and shakers put down roots
Central Austin: A trio of historically elegant neighborhoods with lots of style
Westlake Hills: A life-long resident reveals his favorite spots