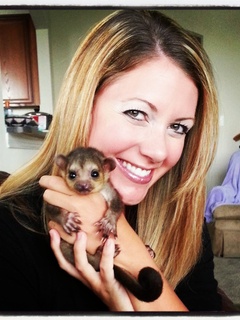 Dexter the kinkajou is just one of the animals that PETA is claiming the Austin Aquarium may be housing illegally. Photo courtesy of Austin Aquarium/Facebook

Controversy continues to swirl around the Austin Aquarium and its owners, Ammon and Vince Covino. People for the Ethical Treatment of Animals (PETA) announced August 26 that it is asking the City of Austin to investigate the Covinos and their newest aquarium, which is slated to open this winter.

In a 12-page letter given to the City of Austin and obtained by CultureMap, PETA offers evidence that it believes demonstrates that the Covino brothers are continuing to house animals in the unfinished Austin Aquarium even after a code compliance inspector requested their removal following a July 18 investigation.

PETA believes the Covino brothers are continuing to house animals in the unfinished Austin Aquarium even after a code compliance inspector requested their removal following a July 18 investigation.

Calling the brothers "notorious" in their abuse, the document includes comments and photos allegedly posted on the Austin Aquarium Facebook page between July 12 and August 19 — more than a month after the aquarium was found to be in violation of the proper permits to house animals.

The posts allude to the aquarium currently housing a crocodile, chameleons and a baby kinkajou, among other animals. Some comments, however, were also posted on the Portland Aquarium Facebook page, which could indicate that the animals were actually from other aquariums. As of August 27, most of the comments had been removed.

But it's not just animal welfare that PETA is concerned about; it's human welfare as well. "There is evidence that a kinkajou has been in direct contact [with humans]," says Delcianna Windars, director of captive animal law enforcement for PETA. With "needle sharp teeth," kinkajous are "known to scratch and bite humans."

The city claims that during the inspection on July 18, the inspector did find animals present on the aquarium grounds, and the owners were told to remove them.

"The inspector informed the occupants that they would need to apply for proper permitting to house the animals or remove them from the facility," says Samantha Park, public information specialist for the City of Austin. "The occupants applied for a permit that was denied in early August. The code compliance inspector conducted a follow-up visit to the aquarium last week and confirmed the animals were removed."

Windars says that despite the city's follow-up investigation, there is evidence that warrants an investigation. "We don't know for sure [if animals are still being held]," she says. "But it's a significant enough risk that the city should investigate."

Park confirmed that although the city does work with individuals to become code-compliant, the aquarium would have been in violation if they kept animals after July 18. In this instance, the Austin Police Department's Department of Animal Cruelty would investigate. Calls to a detective within that department have not been returned.

Both brothers are facing an investigation by the Oregon Humane Society into allegations of animal abuse and starvation at their Portland Aquarium. Ammon, who opened an aquarium in Boise, Idaho, with another partner, was arrested in February for illegally purchasing marine animals, according to the Idaho Statesman. His trial is set for September.

On its Facebook page, the Austin Aquarium says that it will no longer be taking media inquiries and directed all press to its public relations team. Multiple requests for comment regarding PETA's announcement and the Austin Aquarium have not been fulfilled.