presidential politics
Ron Paul's ascension: Why are conservative voters supporting a man who will never be president?

Party like it's the end of the world: Countdown to the Apocalypse, just one year away

Party like it's the end of the world: Countdown to the Apocalypse, just one year away 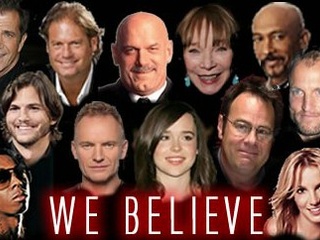 Well, it's December 21, 2011. One year before the Mayan calendar runs out and the world ends. Are you ready for it?

Maybe you saw Melancholia in all its depressing glory and you've felt that inescapable feeling of apocalyptic doom and despair in the air. Or maybe you're a fan of Kirk Cameron's Biblically-based Left Behind series, and the end of the world sounds like your express ticket to heaven.

Either way, it's time to decide if you believe in this ancient Mayan prophecy or whether it's a whole bunch of hooey, like Nostradamus and Harold Camping's unsuccessful predictions for May... no, October... wait, never mind.

Granted, the Mayan civilization was a wee bit more established than these two oily snake-charmers. The Mayans essentially developed their own mathematical system and invented the concept of zero. And that was in 300 AD. Also, their calendar system was based on numerical principles called baktuns, not solar cycles, so it deviated from other calendars of the day.

The Mayan Long Count calendar could count back to dates long before our concepts of BCE and AD existed and they imagined dates millions of the year in the future. The Mayan's first calendar day (the equivalent of zero) is known as the Mayan Epoch, and according to today's mathematicians, their Long Count runs out on the 13th Baktun: December 21, 2012.

So there you have it. The end of the world. According to ancient Mayan texts, there would be "a solar shift, a Venus transit and violent earthquakes." Basically, it's going to be a real-life disaster movie marathon like Armageddon, Deep Impact, Volcano, Earthquake, Twister, The Day After Tomorrow and maybe even Independence Day!

Let's just hope Bill Pullman is still around to deliver a tear-jerking speech to rally the troops before we go fight all the aliens/comets/volcanoes.

Before you start breaking out the cyanide capsules or, God forbid, repenting for your sins, Mayan scholar (that's his real title) Sven Gronemeyer of La Trobe University in Australia told ABC News that these supposed Mayan prophecies are essentially the same hullabaloo as that "Y2K hype" that had people stockpiling Twinkies prior to the turn of the millennium.

"Human beings seem to be attracted by apocalyptic ideas and always assume the worst," says Gronemeyer.

Well, yeah, we do, Sven. Because it's way more fun to be scared of an inescapable science fiction fate than it is to imagine we'll just die in a retirement home in Boca Raton, Florida, without any children visiting, Medicare or retirement funds.

So if you're ready and raring to get into this super sexy, super trendy Apocalyptic state of mind, The Official December 12, 2012 website wants to help you plan out your last year on earth!

T-shirt companies are already capitalizing on the phenomenon, with shirts that say "Let's Get Ready to Rapture!" and pictures of Sarah Palin in front of the Mayan Calendar. (There's still a huge market out there for these slogans, so get to brainstorming, kids.)

Activities are planned all year round in Southern Mexico, and tourism is expected to skyrocket in this region during this not-at-all contrived event. I mean, don't you want to see the Mayan ruins — the home of your discovered doom — before time runs out? Come on down to Chiapas and celebrate with the priests of Izapa. They'll leave the light on.

Join the rag-tag celebrity believers of the 12/21/12 doomsday like Mel Gibson, Lil' Wayne, Shirley MacLaine, Dan Ackroyd, Ashton Kutcher, Britney Spears, Woody Harrelson and Ellen Page as they somehow prepare for the end of the world through stockpiling. Because who's got time for cooking when you're dodging hot lava and outrunning tsunamis?

Therefore, to plan ahead, you too can buy a $129.00 Emergency Survival Food Supply Pack from Amazon. These easily-stackable tubs contain 200 servings of hearty meals including Tuscan butter noodles, cheesy broccoli rice and vegetable barley soup that are "perfect for any outdoor or camping activity." Camp AnaWannaEatDat.

You can either get on this train and be one of the lucky ones who survives for maybe 5 more miserable days than the rest of us, or you won't. It's your choice.

Otherwise, you can, THROUGH YOUR OWN WILL AND DETERMINATION, decide not to live in fear of the world ending every year. If we've learned anything from the doomsday prophecies of the past, the world just keeps on trucking. It's way more likely that we'll burn up our ozone, pollute all of our water sources or just make too many people to sustain with our natural resources. Oopy-doopy.

Until then, let's be nice to one another, focus on the here and now and keep breathing. No need to freak yourself out to the point of desperate action or paranoia. Better to keep on living day to day. Maybe tell the people around you how much you appreciate them just in case. And watch more cute videos about kittens.

And can somebody please make sure that Peter Jackson releases The Hobbit before Dec 12 of next year, just in case?