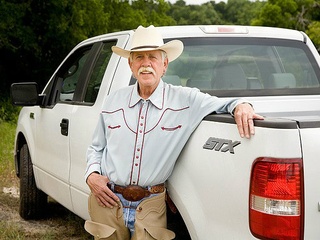 Numerous local and national news sources, including the Associated Press, are reporting that longtime Austin singer-songwriter Steven Fromholz has died of an accidental gunshot wound he suffered while hunting on a ranch near El Dorado, Texas. He was 68.

According to reports, the gun was accidentally discharged when being transferred between two cars. Fromholz was shot and later died in an area hospital.

Fromholz was born in Temple, Texas, and attended North Texas State University. While a student, he belonged to The Folk Music Club along with singer-songwriter Michael Martin Murphey and Eddie Wilson; the latter would go on to found the Armadillo World Headquarters in Austin.

After a stint in the Navy, Fromholz returned to folk music, writing, recording and playing live. He eventually moved to Austin, where he had an integral role in what became known as the Texas Outlaw music movement as well as being a community activist.

For more than 40 years, he saw great international success as a songwriter, recording artist and performer. He also became a river-rafting and riding-trail guide in West Texas, where he owned the ranch that he lived on for the remainder of his life.

Fromholz was inducted into the Texas Music Hall of Fame in 2003 and was named Texas Poet Laureate in 2007.