Radio Reunion
"K-NACK had the balls to play it": A reunion for Austin's first alternative radio station 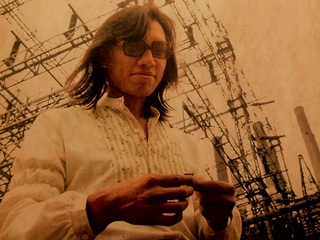 How To Survive a Plague Photo by William Lucas Walker 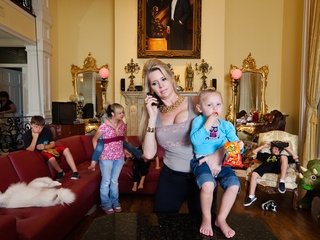 The Queen of Versailles Photo by Lauren Greenfield

PARK CITY, Utah — While stars attract a lot of attention at Sundance, real film buffs come for the documentaries. On opening day, Robert Redford, who used his star clout to launch the Sundance Film Festival in 1978, told me that although he doesn't get the chance to see many movies at the festival he still enjoys a good documentary.

And well he should. Sundance documentaries typically dominate the Oscar nominations. This year was no exception as Hell and Back Again (about a soldier's return from Afghanistan) and If a Tree Falls: A Story of the Earth Liberation Front were nominated for Best Documentary Feature.

Although I have suffered through several dramas that just didn’t do it for me at this year's Sundance,  I have found plenty of good — make that great — documentaries at this year's festival. Here are some of my favorites:

Searching for Sugar Man: A lot of heart

At 10 p.m. on opening night, it was starting to sleet and I was tempted to bag the final movie of the evening. I sat by the exit with the intention of zipping out at the first millisecond of boredom. I need not have worried.

I won’t spoil the surprise ending for the viewer except to say I will go to South Africa if needed to find some of his music for my iPad.

Searching for Sugar Man tells the story of 1970s singer-songwriter Rodriguez, who was thought by many to be the equal of Bob Dylan but who disappeared after recording only two albums. A bootlegged copy of one of his records made its way to South Africa and he became a folk hero, selling more records than Elvis Presley.

We follow the documentary crew as they travel from South Africa to California and Detroit to discover the true story of Rodriguez. I won’t spoil the surprise ending for the viewer except to say I will go to South Africa if needed to find some of his music for my iPad. It's a beautiful documentary with a lot of heart that exemplifies the light of the human spirit against a backdrop of soulful music. I was so moved that I was the last one to leave the theatre.

The film has been one of the most talked about “feel good” movies at Sundance and was the first to be snagged by a studio (Sony Pictures Classics; no release date has been set).

Big Boys Gone Bananas is a sort of a documentary of a documentary or rather the explosive fallout of a documentary. In 2008, Swedish filmmaker Fredrik Gertten made Bananas about Nicaraguan banana workers who sued Dole Food Company, Inc. claiming they had suffered lifelong health problems due to the company's use of a banned pesticide.

With the film scheduled to premiere at the 2009 Los Angeles Film Festival, Dole filed a lawsuit claiming the documentary was untrue in parts and threatened to sue Gertten, every sponsor of the festival and the film festival itself. Big Boys Gone Bananas follows Gertten as he fights a behemoth public relations, legal, and Internet battle over his right to show the film.

Dole even bought the rights to his name for a website domain and wrote letters to thousands of journalists calling Gertten an irresponsible documentary film maker.

Interestingly, help did not come from America where Dole simply wielded too much power but from a hamburger restaurant in Sweden that boycotted Dole’s fruit salad, leading members of Parliament to take action.

Rather than debunk the specific claims that Dole makes, Gerrrtten frames the movie from a larger perspective, hammering home the point that those with unlimited budgets can bring those less equipped to their knees and that our right to free speech is a basic right. The movie seems less about bananas than about freedom of speech and how easily it can be taken away by corporations, government or anyone who has access to more resources.

This was not the humorous documentary I was hoping for, given the title of the movie, but I found myself grateful film venues like Sundance never shy away from giving filmmakers a voice.

How to Survive a Plague: Surmounting the insurmountable

First-time filmmaker David France, who has been writing about AIDS since 1982, tells an emotional and powerful story of how two activist groups, ACT UP and TAG (Treatment Action Group), challenged Washington and pharmaceutical companies to come up with treatments and funding for AIDS, turning it from a death sentence into a manageable disease.

One of the quirky facts about AIDS is that the camcorder was introduced about the same time that the first cases were being diagnosed.

One of the quirky facts about AIDS is that the camcorder was introduced about the same time that the first cases were being diagnosed. France acquired archival footage from the New York Public Library, which he supplemented with footage from over 30 shooters, totaling over 700 hours of footage. Not an easy task because many in the films had died and France spent two years tracking down relatives to put together the backstory of the characters.

This was not an easy film to watch, as it follows several sufferers over the course of a decade as they wither away from the ravages of the disease. At various intervals during the film, a clock shows how many people have succumbed to AIDS. To his credit, France shows the internal battles between the two groups and the rage and powerlessness in the face of the disease.

This is an important story for many reasons. Many today have forgotten how many people died from AIDS—estimates as high as 30 million—and the dark days of the plague. Equally important is the courage, resilience, determination of those fighting the disease and people working together can surmount the insurmountable.

The Queen of Versailles: Wretched excess and shattered dreams

Lauren Greenfield’s story of Jackie and David Siegel is generating lots of talk which will continue after the festival concludes. The movie has already been picked up by Magnolia Pictures, which plans a summer release.

One of the funniest scenes occurs when Jackie and her seven children fly commercial and the children ask, “What are other people doing on our plane?”

Greenfield, who is better known as a photographer, met Jackie Siegel while shooting her for a feature on Donatella Versace. She started filming the Siegels (David, 73, founded the world’s largest timeshare company and Jackie, 43, is an engineer-turned-beauty-queen-turned-trophy-wife) in 2006 as they lived a lavish lifestyle of conspicuous consumption that would make the Real Housewives of Beverly Hills look like paupers.

The filmmakers focused on the couple as they built their 90,000 square foot dream home modeled after Versailles and which included an ice rink, baseball field and theatre stage. Fortunately for Greenfield (though not the Siegels) the economic meltdown of 2008 hit and the film takes a darker more interesting turn as David starts to lose his company and all of his toys. Like the average Joe, David has put all of his money back into his company and we watch as he and Jackie adjust to a new reality of the broken American dream.

The film is by turns hilarious and horrific. One of the funniest scenes occurs when Jackie and her seven children fly commercial and the children ask, “What are other people doing on our plane?” At the Hertz rental counter, she asks the agent, “Where is my driver?”

The comedic moments are offset as Jackie is unable to curb her spending, David is unable to save his company, the children are impacted and their marriage becomes frayed. At one point, Jackie exclaims, “Oh no, now my children will have to go to college.”

Even though the audience collectively wants to shake Jackie and yell, “Stop spending!,” we can all  relate to her as she tries to keep her family together.  Greenfield paints a nuanced portrait of the Siegels as both maddening and sympathetic, though I wish he had cut the too numerous scenes of animal excrement throughout the house as the household staff was terminated and the house fell into chaos.

Several days before the film premiered, Siegel sued Greenfield and Sundance for defamation claiming the description of the film in Sundance’s press release as a "rags-to-riches-to-rags story" wrongly implied he had gone bankrupt. For the record, Siegel himself spoke those exact words in the film. Actually the publicity of the lawsuit coupled with our fascination with how the 1 percent lives will continue to generate buzz.

How To Survive a Plague Photo by William Lucas Walker

The Queen of Versailles Photo by Lauren Greenfield